At the state and local level, anyone who’s thinking seriously about the issue ought to see that the middle of a recession is a terrible time to implement major cutbacks in public spending. But at the same time, people who believe in good faith that state and local spending is above the optimal level will understandably agree with Rahm Emannuel that you don’t want to let a good crisis go to waste. After all, were center-left Keynesian economics bloggers issuing table-thumping condemnations of state and local spending 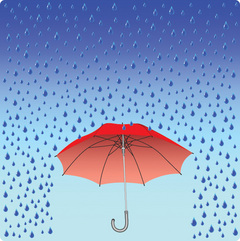 increases in 2004-2007? Bemoaning the fact that we’d entered a new “dark age” of macroeconomic understanding where policymakers didn’t realize that under the circumstances states and municipalities ought to be trimming its workforce and accumulating huge surpluses? I think I missed that.

I’m not sure this bears close inspection. At the federal level, center-left types fought an entire national election in 2000 based largely on the idea that times were good and the federal government should be accumulating surpluses. It was a pretty big deal, and as you’ll recall, we center-lefties lost that election and George Bush proceeded to piss away the surplus and run up more debt than any president in history. On the spending side, center lefties recently passed a big healthcare overhaul that was largely funded by cuts in Medicare spending, and instead of applause for their fiscal sobriety they got hammered for it by Republicans during the 2010 midterms. In other words, on the federal level center-left types have proven over and over that they are willing to be pretty responsible on spending and budgetary issues despite getting clobbered for it. But the opposite isn’t true of conservatives and taxes. One need look no further than the national-level dogfight going on right now over the expiration of the deficit-busting tax cuts that originally got George Bush into the White House. No conservative who wants to win reelection even dares consider taking a responsible position on this.

But how are things at the state level? What happens when center-lefties try to restrain spending and build up surpluses during good times? They very quickly learn a harsh lesson: if you accumulate money in a rainy-day fund, conservatives will promptly demand that it be “returned to the taxpayers.” That happened here in California as far back as 1978 and was a big reason for the passage of Proposition 13. And if you allow a temporary tax cut to expire, your career might be over. This happened here in California as recently as 2003, when Gray Davis got tossed out on his ear for allowing the car license fee to automatically revert to its old level when the state budget got out of balance.

Nobody is an angel in this fight, and certainly liberals could do a better job of speaking out for spending restraint during boom times. But conservatives have made it largely pointless to build up federal surpluses or state rainy day funds even when lefties are feeling in a responsible mood. At the same time, conservatives have also made it career-threateningly dangerous to allow even temporary tax cuts to expire. It’s true that there’s always a steady hum of background pressure from interest groups to maintain spending levels, much of it from the left, but for the most part the really pointed incentives come from the conservative side and simply aren’t symmetrical: they always run in favor of tax cuts and against spending restraint.

The whole idea of trying to balance budgets over the business cycle is practically a center-left platitude. The fact that it doesn’t happen very often is attributable in small part to basic human nature (nobody likes to restrain spending when money is available) and in very large part to the fact that conservatives flatly won’t let it happen.