The Republican caucus in the Senate has written unanimously to Harry Reid to tell him that they will block action on everything — everything, dammit! — until the Bush tax cuts are extended.  “While there are other items that might ultimately be worthy of the 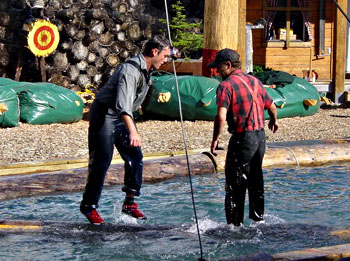 Senate’s attention,” the letter says, “we cannot agree to prioritize any matters above the critical issues of funding the government and preventing a job-killing tax hike.”

I confess that I’m unclear on why this situation isn’t ripe for a bit of old-fashioned logrolling. Republicans want extension of tax breaks for both the middle class and millionaires. Democrats don’t, but they do want passage of DADT repeal and New START.1 So strike an agreement with the GOP leadership to extend the tax cuts for three years in return for support on the other two things. The alternative is gridlock since Dems have never had the votes to extend just the middle-class tax cuts anyway.

What am I missing here? Why would this be such an unthinkable compromise?

1Or maybe some other stuff. Pick your poison. And obviously some smaller items like 1099 repeal and unemployment extensions might end up in the package too. It all depends on how things go. But conceptually, there doesn’t seem to be any big impediment to a deal of some kind.