Is Gene Sperling a good candidate to replace Larry Summers as Obama’s head of the NEC? David Corn writes a long defense of Sperling today, playing up his progressive 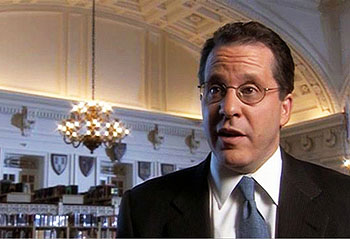 credentials. But what about all that Goldman Sachs dough he lined his pockets with after he left the Clinton administration?

According to a source familiar with the episode, Goldman Sachs approached Sperling for advice on globalization. He took this opportunity to pitch the company an idea in sync with his nonprofit work: the firm ought to invest in social capital in poorer nations. He suggested it focus on business education in developing countries. Goldman Sachs asked for a proposal. He worked one up: devoting $100 million for business training for 10,000 women in these nations. Goldman Sachs, via a foundation it operates, went for the idea and eventually asked Sperling to implement it. On the advice of friends, he requested that he be paid what the investment firm might pay a top lawyer or dealmaker: $70,000 a month. And that’s what he earned for a year or so. He did no commercial work for the investment bank.

….Dean Baker, of the liberal Center for Economic and Policy Research, chimes in: “I don’t think it’s a question of outright corruption. It’s a question of orientation. Most people hear you got almost a million dollars for a part-time job, and they think there’s a problem there. But people on Wall Street say, a million bucks is chicken feed.”

The whole piece is worth reading, but the passage above is really the takeaway. In the world of Wall Street banking, getting paid a million dollars in a year simply isn’t anything to fuss about. As Baker says, it’s chicken feed. And if that kind of money is available, what kind of person would turn it down, especially if it’s being offered for doing such obviously worthy work? Would you?

I don’t know anything about Sperling myself aside from his basic biography. My guess, though, is that I doubt we’re likely to get anyone to replace Summers with less connection to Wall Street than Sperling. The worlds of Wall Street and the West Wing are so intertwined these days that pretty much everyone with any serious experience at all with economic policymaking is hopelessly marinated in high finance. Given the immense pools of money at stake, the finance industry is simply the highest bidder by far for their services. Like it or not, I don’t think the revolving door will ever come close to shutting down until Wall Street becomes a lot less profitable than it is now. Which, needless to say, it shows absolutely no signs of doing.