About a year ago, the Wikimedia Foundation, the organization that runs Wikipedia, collaborated on a study of Wikipedia’s contributor base and discovered that it was barely 13 percent women….With so many subjects represented — most everything has an article on Wikipedia — the gender disparity often shows up in terms of emphasis. A topic generally restricted to teenage girls, like friendship bracelets, can seem short at four paragraphs when compared with lengthy articles on something 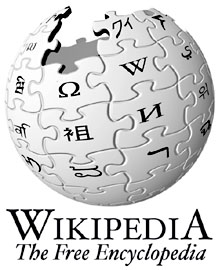 boys might favor, like, toy soldiers or baseball cards, whose voluminous entry includes a detailed chronological history of the subject.

….Is a category with five Mexican feminist writers impressive, or embarrassing when compared with the 45 articles on characters in “The Simpsons”?

….Jane Margolis, co-author of a book on sexism in computer science, “Unlocking the Clubhouse,” argues that Wikipedia is experiencing the same problems of the offline world, where women are less willing to assert their opinions in public. “In almost every space, who are the authorities, the politicians, writers for op-ed pages?” said Ms. Margolis, a senior researcher at the Institute for Democracy, Education and Access at the University of California, Los Angeles.

This is just guesswork on my part, but I think this is a different phenomenon than gender disparity in op-ed writing. For starters, you need to compare apples to apples, and wondering why Mexican feminist writers are underrepresented on Wikipedia compared to The Simpsons is silly. It’s because The Simpsons has an audience in the millions while Mexican feminist literature has an audience in the thousands. You don’t really need to dig much deeper. There are several comparisons like that in the Times piece, and they mask the problem more than they illuminate it.

Still, even accounting for that, the gender disparity is real. But I suspect the reason has less to do with women having trouble asserting their opinions and more to do with the prevalence of obsessive, Aspergers-ish behavior among men. After all, why would anyone spend endless hours researching, writing and editing a Wikipedia post for free about either The Simpsons or Mexican feminist writers? I think that “having an opinion on the subject” is far too pale a description of why people do or don’t do this. You need to be obsessed. You need to really care about the minutia of the subject and whether it’s presented in exactly the right way. And you need to care about this in a forum with no professional prestige. You’re really, truly doing it just for the sake of the thing itself.

I’ve long been convinced that this tendency toward obsession is one of the key differences between men and women. I don’t know what causes it. I don’t know if it helped primitive men kill more mastodons during the late Pleistocene. But it does seem to be real, and it doesn’t seem to be something that’s either culturally encouraged or discouraged in children of either gender. I just don’t know. But I’ll bet that an obsessive outlook on life is something that produces a lot of Wikipedia articles.