Here’s the thought experiment of the day: If you could be transported back to 1900 with your current income, would you take the deal? The answer is almost certainly no. Sure, your current income would go a hell of a long way in 1900, but you’d still swelter in the summer because all the money in the world couldn’t buy you an air conditioner. Ditto for plane travel, penicillin, automobiles, etc. etc. Even with a lot of money, 1900 looks pretty crappy.

But change it up: would you take the same deal if you could be transported back to 1973? Again, your income would go a lot further (about 5x further, in fact), which means you’d be pretty well off, but you’d….

Well, you’d what? Obviously you’d miss your cell phone and the internet and your HD television with 300 channels. But a car would still basically be a car, and interstate highways are about the same as now. Ditto for plane travel, antibiotics, air conditioners, 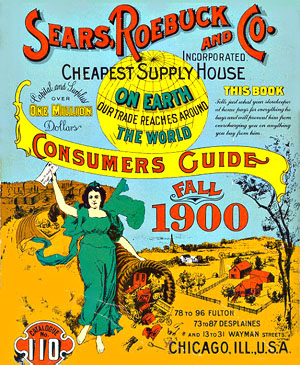 etc. etc. So what do you say? Would you take the 1973 version of this deal? Scott Sumner says he would. Bryan Caplan, and Arnold Kling say they wouldn’t.

In my case, I almost certainly wouldn’t take the deal. Partly that’s because I’ve never been much of a money hound and I already lead an upper middle class life, so having 5x my current income just doesn’t appeal to me all that much. Also, the biggest difference between 1973 and 2011 — personal computers and the internet — are really, really important to me. It would take a lot of other stuff to make me give that up.

Still, unlike the 1900 deal, it’s not a slam dunk. If a big house in a nice location means a lot to you, and traditional entertainment (film, books, theater, etc.) could easily take the place of the internet in your life, then maybe 1973 on a big income starts to look pretty good.

But it depends a lot on circumstances, doesn’t it? If you suffer from chronic depression and Prozac has turned your life around, then 1973 doesn’t look very appealing. If you like dining out on good ethnic food, 1973 would be something of a wasteland in most parts of the country. If you’re a woman who wants a career as a corporate lawyer or a business executive, 1973 probably looks a little grim. If you’re gay, you’d be insane for wanting to go back no matter how much they paid you.

(This conversation was originally kicked off by a discussion of how impressive productivity gains have been since 1973, something that this thought experiment is meant to help us get a handle on. So you might object that social inequities really shouldn’t count. But I say they should. Progress is progress, and the utility of a person’s life depends on a lot of things, not just material wealth. So this stuff counts for everyone who’s not a straight, white, WASPy male.)

Of course, we’re all so used to our current goodies that it’s hard to imagine that we’d be happy without them. That’s loss aversion for you. But what if you’d never experienced them before? Would they sound all that great? Or would you be happy with your current stuff? Things probably look a little different from 1973 looking forward than from 2011 looking back.

And income level matters too. If you choose a middle-class 2011 income level, then 1973 gets you an upper class lifestyle. But the difference between middle class and upper class isn’t all that big, so you’d take 2011 because of all the goodies we have. But if you choose a poverty-level 2011 income, then 1973 would turn that into an upper middle class income — and that makes things look a lot different because the difference between middle class and abject poverty is huge. All the goodies in the world probably don’t make up for it.

POSTSCRIPT: Alternatively, this just means that nominal dollars are a lousy way of comparing eras. It would be pretty easy to convince me of that, in fact.