Do you wonder what the future looks like, with Congress effectively hamstrung forever by a small band of uncompromising, hard-right ideologues? Come to California and see! We’re facing a massive, no-shit, this-time-we’re-really-doomed deficit this year, and it’s not because spending is out of control. California hasn’t always been the most fiscally prudent state you could imagine, but over the last decade or so we’ve reined in 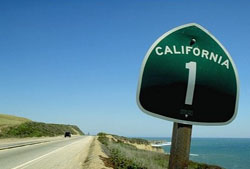 spending pretty well on average. Federal funding aside, total outlays last year came to $127 billion, and adjusted for inflation and population growth this is actually less than it was ten years ago.

Anyway, Gov. Jerry Brown has proposed that we cover half our $25 billion deficit with further spending cuts and half by extending some tax hikes that were originally put in place by Arnold Schwarzenegger. He wants to give voters a chance to accept or reject this deal, but since California requires a two-thirds vote to put an initiative on the ballot, he needs a few Republicans to go along with this plan. So far they’ve flatly refused, but today they finally named their terms for allowing voters to decide for themselves if they want to extend taxes or not:

The handful of Republican lawmakers most likely to provide crucial votes for Gov. Jerry Brown’s budget plan are threatening to withhold their support without a dramatic rewriting of state environmental law.

….The proposal would sharply limit Californians’ ability to go to court to challenge a construction project’s environmental impact report….telecommunications companies seeking to expand their broadband networks would receive exemptions from environmental rules for related construction….The GOP proposal also would broaden the kinds of projects allowed to skip certain steps in the environmental review process….Environmental activists say the proposed change would exempt nearly all urban and suburban development from rigorous review….The plan also would ease some restrictions relating to greenhouse gas emissions caused by development.

Welcome to the future, where tiny bands of Republican legislators can hold an entire state hostage, using a budget crisis caused by a Wall Street implosion to force a corporate-friendly gutting of environmental policies that has nothing at all to do with the budget. You almost have to admire the beauty of it: Deregulation of one industry helps cause the crisis in the first place, and this presents conservatives with an opportunity to deregulate yet another industry. It’s almost like a perpetual motion machine.