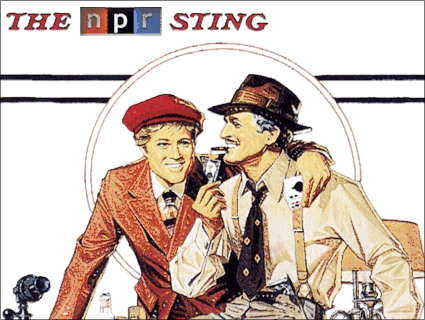 Vivian Schiller, the CEO of National Public Radio, resigned Wednesday after her chief fundraiser was caught making nasty comments about the tea party movement during a conversation with someone he thought might be a potential donor.

No, that’s not a misprint. A development executive, in a private conversation, let loose about the tea party. That’s it. He thinks the tea partiers are a bunch of racist goons, an opinion that might be wrong but is hardly beyond the pale, and for that a CEO lost her job.

We now officially live in the era of guerrilla activism. It started in the fall of 2009 with the infamous ACORN sting. Conservative activist James O’Keefe secretly recorded ACORN employees providing advice to a faux pimp who wanted to bring underage prostitutes into the country from El Salvador. The tapes were edited misleadingly, but there was genuine misconduct there too and ACORN was soon defunded and out of business.

A few months later, hackers broke into a server at the University of East Anglia and stole a cache of emails to and from various climate researchers. Multiple investigations eventually concluded that the emails displayed no serious misconduct, but no matter. Coming right before the Copenhagen climate conference, public opinion fixated on a few out-of-context excerpts and support for action to combat global warming plummeted. Copenhagen turned into a fiasco and climate legislation in the United States collapsed.

Then, earlier this year, a conservative group filmed a Planned Parenthood manager advising—yes, another faux pimp—how to obtain medical care for underage girls. The manager was fired, and Planned Parenthood found itself in the crosshairs just as Republicans in Congress were mounting a campaign to remove their federal funding.

And now NPR is in the same boat. Vivian Schiller may be gone, but the damage was done at just the right moment, right when Republicans were looking for ammunition in their battle to defund public broadcasting.

ACORN, Climategate, Planned Parenthood, and NPR. Well-timed sting operations are now the go-to tactic for conservatives trying to discredit programs that they and their funders dislike. And as long as the press continues to eat this stuff up, we can expect it to keep coming. In the meantime, the best that liberals have is a prank call with the governor of Wisconsin—something that left barely a scratch on him. It’s time to pick up our game.