The GAO has released a 345-page report that identifies “federal programs, agencies, offices, and initiatives, either within departments or governmentwide, which have duplicative goals or activities.” Ezra Klein complains that 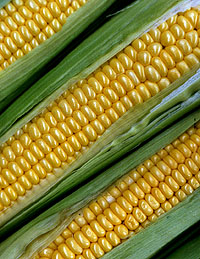 while conservatives trumpet the conclusions of reports like this endlessly, liberals don’t:

Well, I want to do my part, so I direct your attention to page 59: “Duplicative Federal Efforts Directed at Increasing Domestic Ethanol Production Cost Billions Annually.” The problem, says the GAO, is not just that ethanol subsidies are bad policy, but that they’re literally useless. Since 2005 we’ve had a renewable fuel standard in place that requires increasing use of ethanol in gasoline, and that standard ensures a high demand for ethanol all by itself. The subsidy is just money down the drain:

If reauthorized and left unchanged, the VEETC’s annual cost to the Treasury in forgone revenues could grow from $5.4 billion in 2010 to $6.75 billion in 2015, the year the fuel standard requires 15 billion gallons of conventional biofuels. The ethanol tax credit was recently extended at 45-cents-per-gallon through December 31, 2011, in the Tax Relief, Unemployment Insurance Reauthorization, and Job Creation Act of 2010.

$5.4 billion! That’s real money. And there ought to be unanimous bipartisan support for getting rid of this subsidy immediately. Let’s do this thing!

Of course, getting rid of a tax credit is…..um, a tax increase, according to reigning Republican orthodoxy. So I guess this is out of the question. Which is too bad, because on page 75 GAO identifies the real killer app in the federal budget: “almost $1 trillion in federal revenue was forgone due to tax exclusions, credits, deductions, deferrals, and preferential tax rates— legally known as tax expenditures.” No one wants to get rid of all these tax expenditures, and even if we did some of them would be replaced by normal spending programs. But there’s real money there, unless you automatically equate removing a tax expenditure with raising taxes, and therefore won’t consider it. Which, I’m pretty sure, describes most Republicans.

But there are other opportunities in the GAO report, though it’s unclear just how much money most of them would save. If we combined DOD and USAID programs for Afghanistan, for example, would we actually save money, or just spend the same amount slightly differently? It’s hard to say, and in most cases GAO doesn’t have a good estimate for how big the savings are from combining duplicative programs. But I’ll skim through the report in my spare time, and I urge you to do the same. You don’t have to read the whole thing, just take a look at a few items and let us know in comments which ones look like good targets. We’ve got $5.4 billion for sure, and I’ll bet there’s at least $20-30 billion more that ought to be fairly noncontroversial. Unless you’re from Iowa, of course.