A survey by Visa says that the recession has caused a drop in the average amount the Tooth Fairy pays for a tooth, from $3 to $2.60. Jon Chait comments:

Clearly this is a prime expenditure to cut back when you’re feeling strapped. But $2.60 seems really high to me. My kids each lost a tooth the other night — actually within seconds of each other, strangely enough — and I 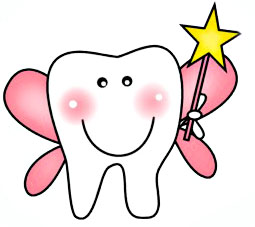 gave them each a dollar. I thought it seemed high. When I was a kid I got a coin — either a dime or a quarter, I can’t recall which.

I don’t remember either. But let’s say it was a dime back in 1965, my prime tooth-losing year, which is roughly the same as a quarter in 1979, Chait’s prime year. Adjusted for CPI, that only comes to about 75 cents today, which does indeed make three bucks seem pretty high. On the other hand, that dime in 1965 represented 0.00028% of per-capita GDP, which comes to about $1.40 today. Or maybe income is a better measure. In 1965, a quarter represented 0.0078% of the median income. The equivalent today would be about a dollar.

That’s quite a range, which just goes to show that it’s harder to figure out this stuff than you’d think. In any case, an exodontic payoff of about a dollar or so is definitely in the same range as my dime or Chait’s quarter. His kids have no reason to feel ripped off. I am, however, now suspicious of Visa’s survey methodology. I know my readers are hardly a cross section of America, but how much do you give your kids for a tooth under the pillow?