So I was listening to Rachel Maddow’s interview with Jimmy Carter earlier tonight, and he mentioned the Panama Canal treaty. That brought back memories. If you’re under 50 or so this is just dusty 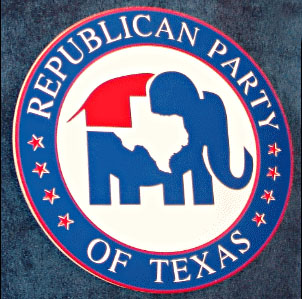 history, but boy howdy was that a big deal to conservatives back in the 70s. Remember “We built it, we paid for it, it’s ours, and we are going to keep it”? The wingers just went crazy for that.

Then dinnertime interrupted, but this episode reminded me that as recently as a decade ago, return of the Panama Canal was still a plank in the Texas Republican Party platform. So I wondered if it still was. The 2010 platform is here, and it turns out the answer is no. The gold standard is gone too. That’s sad. I kind of miss those planks. But all the rest of the insanity is still there, plus more. In fact, the platform now has about 250 separate items. They’re really exercised about a lot of stuff down in Texas.

Long story short, they’re in favor of the Electoral College, voter ID laws, a return to the “traditional filibuster” (really?), November elections, the Ten Commandments, the right to life in all its myriad forms, raw milk, corporal punishment, the death penalty, phonics, the Boy Scouts, a national sales tax, Texas sovereignty, resolution of the Kashmir dispute, recognition of Taiwan, and eviction of the UN.

They’re opposed to bike paths, the Law of the Sea Treaty, human trafficking, mandatory preschool, Hamas, the Fairness Doctrine, red light cameras, ACORN and the ACLU, homosexuality, Obamacare, “transportation projects which surrender control or ownership to foreign interests,” the 16th Amendment, the Federal Reserve, one-world government, RFID chips for either pets or humans, most federal agencies except for NASA, and the Rosebush-Blocker rule, whatever that is.

And then there’s this:

Wow. I knew that mandates were a cause célèbre among the tea party crowd thanks to Obamacare, but these guys have taken it to the next level. They want to repeal every single executive order on the books. That would really be something.

Anyway, this is the fever swamp from which Rick Perry comes, so it’s hardly any surprise that he says the things he does. The only surprising thing is that I’m no longer surprised by this stuff. Eight years ago I thought it was the most deranged shit I’d ever seen. “This is plain and simple madness,” I fumed, “and it is very much the future of the Republican Party.” But now that it is the Republican Party, I’m used to it. Eliminate the Federal Reserve? Repeal the 16th Amendment? Don’t just get out of the UN, but evict the bastards completely? Sure. Whatever. Just another day at the office. It’s the bigotry of low expectations, I guess.