Sarah Kliff reports that Massachusetts is trying to decide if it should put a cap on hospital charges:

In a report this past spring, the state found that some Massachusetts doctors charge six or seven times as much as their colleagues for the exact same procedures. Across the board, a three-fold variation in prices was pretty standard.

There’s a pretty simple explanation for all the price variation: hospitals negotiate specific rates for specific insurance companies….Insurers and hospitals alike closely guard those pricing agreements as proprietary information, with neither party wanting to see their pricing agreement undercut by a competitor.

Massachusetts wants to do away with all of that. In a proposal released Wednesday, the Massachusetts Special Commission on Provider Price Reform recommends allowing a panel of state regulators to reject rates charged by hospitals and providers if they’re too high….That would be a really big shift from where we 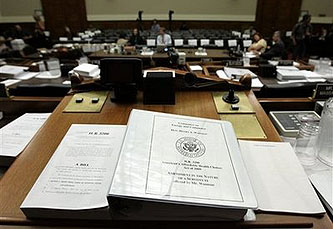 are now, where price negotiations are usually a private matter between insurers and providers, and it’s nearly impossible to figure out how much a given procedure costs.

There’s another side to this too. Suppose I decided I wanted to leave Mother Jones and go write a book. Or maybe just retire because my 401(k) is in such awesome shape these days. Well, I couldn’t. Even if I had the independent income for it, no health insurer in the country would take me on. I’m a 53-year-old male with high blood pressure and high cholesterol. It’s controlled well with meds, but that doesn’t matter. I’m far too high a risk for anyone to want my business.

But couldn’t I just go without health insurance and simply pay out of pocket for medical care? In theory, yes, although I suspect my choice of doctors would be fairly limited. But here’s the thing: it would cost a fortune. If I ended up having that heart attack that my cardio symptoms say is coming someday, the resulting hospital bill wouldn’t be $50,000. Or $100,000. That’s only the bill if your insurance company pays. The list price is more like $300,000. Or maybe more. I might be able to afford the risk of a $50K hospital bill, or even a $100K hospital bill. But not a $400K hospital bill.

I’ve long considered this wildly unfair. So I’d do both less and more than Massachusetts. I wouldn’t necessarily cap hospital charges, but I would insist that hospitals charge everyone the same rate. They can negotiate whatever rate they want, and that might be quite different in rural hospitals vs. urban hospitals. But once a hospital has a rate, it’s posted publicly and that’s what everyone pays. Big insurance companies, small insurance companies, individuals, whatever.

Hopefully, of course, this will become largely moot in a couple of years. Obamacare will mostly solve all this — assuming Republicans don’t successfully repeal it — because health insurers will no longer be allowed to turn me away. I’ll still have to pay annual premiums, but I won’t have to run the risk of getting hit by a half-million dollar hospital bill. It’s one of the many market pathologies that Obamacare will address, and one that’s well worth addressing.