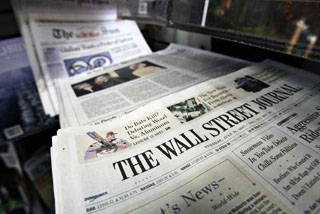 The Wall Street Journal has apparently tapped into the tea party id today and written the ur-text of modern-day climate denial we’ve all been waiting for. Ed Kilgore, from his new perch at my old perch, reads it so I don’t have to:

In these turgid lines can be found a treasure trove of prevarications. You’ve got your impressive-sounding list of scientists agreeing with the Journal (with no corresponding list of those who disagree; the newsprint or bandwith necessary to publish those would bankrupt even the WSJ). You’ve got your quote marks around the term global warming. You’ve got your allusions to the silly “Climategate” kerfuffle. And you’ve got your unsubstantiated allegations of “persecution” of the brave “heretics” who dare stand with poor, puny Industry against the awesome power of academics.

But conservatives have more recently backpedaled not just a single step in this process, but all the way back to the paleolithic era they’re so fond of pretending to know more about than the folks who actually study it:

This all fits in with the paranoia and conspiracy theorizing of the conservative base these days, which is pretty much identical to the paranoia and conspiracy theorizing of the far right since at least the 1930s. Climate change isn’t merely wrong — that would be boring — it’s an immense conspiracy being waged by a group of nerdy scientists (who want funding) and tree huggers (who are desperate to control everyone else’s lives). And it’s a damn successful conspiracy, too. Despite the fact that it requires thousands and thousands of participants from nearly every country in the world, with new collaborators earning PhDs every month, not a single one of them has broken the climate omerta yet and blown the whole thing open. But someone will, any day now. Just you wait.