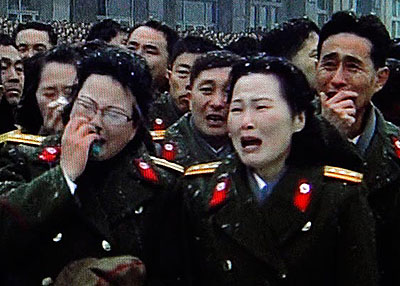 From a “senior banker,” explaining to the Financial Times why the bailed-out-and-still-taxpayer-owned Royal Bank of Scotland is determined to pay its CEO a huge bonus in the face of official disapproval:

This person defended Mr Hester as a “highly credible banker”. If the chief executive turned down his bonus it would “demoralise” staff members and would send a signal that they now effectively “worked for an arm of the civil service or a utility, rather than for a bank”.

Roger that. Wouldn’t want to demoralize all those tellers and branch managers who will probably break out in a North Korean-esque hail of tears if Stephen Hester receives a bonus that’s a pence less than £1.5 million. Probably best just to keep shoveling money out the door as always.