Ellen Nakashima of the Washington Post reports that the NSA and the White House are at odds over a proposal to increase surveillance of “critical infrastructure systems” in order to prevent cyberattacks: 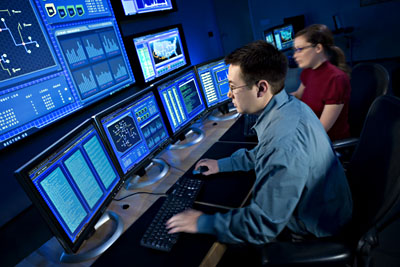 continuously scanned using computer threat data provided by the spy agency. The companies would have been expected to turn over evidence of potential cyberattacks to the government.

….The NSA proposal, called Tranche 2, sparked fierce debate within the administration. It would have required an estimated 300 to 500 firms with a role in critical infrastructure systems to allow their Internet carrier or some other private company to scan their computer networks for malicious software using government threat data….NSA officials say this process would have been automated, preventing intrusion into the personal privacy of ordinary users visiting Web sites or exchanging electronic messages with friends.

….But the White House and other agencies, including the departments of Justice and Commerce, said the proposal left open the possibility that the large Internet carriers themselves could be designated critical entities. This, they said, could have allowed scanning of virtually all Internet traffic for cyberthreats on behalf of the government, opening a newly extensive window into American behavior online.

The story leaves it unclear whether Tranche 2 is dead for good, or merely needs to be retooled to place clear limits on who’s required to take part. Either way, given the intense interest in cybersecurity these days, I don’t expect this proposal to go away.

On a political note, it’s unclear how this will break down on party lines. Obviously the GOP base is inclined to think that anything Obama opposes must be good, and they certainly supported the increased surveillance powers that George Bush gave to NSA. On the other hand, tea partiers tend to be suspcious of this kind of Big Brotherish monitoring. So it’s hard to say which way they’ll jump. Probably against Obama is my guess.