Julian Sanchez is annoyed by people who keep self-righteously reminding us that the internet is not some special free-for-all zone that should remain exempt from all the normal rules we apply to normal life:

This is a fair point. But what about all these hippy-dippy Real World anarchists who think meatspace can remain immune to the rules any well-managed virtual community understands to be essential? How is it, for instance, that citizens are physically capable of injuring each other, regardless of whether they’ve opted in to player-versus-player? And 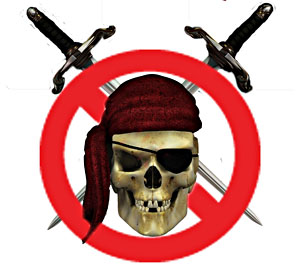 what fool designed it so that my image is visible to all other users in the same city, even if we aren’t friends? You’ve even apparently got to jump through a bunch of hoops to get something called a “restraining order” just to implement a simple user block!

….Not everyone understands the intricate technical details of how the network functions, and not everyone needs to. But if you truly don’t comprehend that “closing down an illegal shop” is not actually the same as—and in every possible way a pretty awful metaphor for—“getting thousands of ISPs to implement DNS filtering at the domain level,” you should quietly recuse yourself from Internet policy debates. And if you find yourself suggesting that Google “helped overthrow the head of an entire country in a weekend,” and therefore must simply lack willpower when they say they can’t automatically screen out trademark and copyright violations, perhaps you should think twice about sitting on committees that vote on Internet legislation.

In all aspects of life, if you want to regulate something you first need to understand both the culture that produced the behavior you dislike as well as the purely technical impediments to regulating it. So point taken. If you don’t understand the ill effects of DNS filtering — and the recent SOPA fiasco certainly proved that many members of Congress don’t — you should be willing to listen to the people who do. This is not much different from suggesting that if you don’t understand how Social Security funding works you might want to bone up a bit before you start ranting about it being a Ponzi scheme.

But there’s another side to this, one that’s well known to anyone who’s ever worked in the tech industry: engineers positively love to snow their less technical colleagues whenever they’re asked to do something they don’t feel like doing. Suddenly tasks that seem like they’re doable become gigantic obstacles that will require a minimum of a dozen programmers for 57 weeks, and your shipping schedule certainly can’t accommodate that, can it? So sorry.

In other words, sometimes the opinions of the digerati should be taken with a grain of salt. Their routine pronouncements that something will “break the internet” might be true — so be careful! — but they might also be little more than a convenient way of justifying their ideological preferences and getting the meatspace morons off their backs.

On a related note, all of us, the technically literate included, probably ought to show a little more humility about what Sanchez calls the “annoyingly stubborn facts” of the technological world. He links to a much-discussed piece by Cory Doctorow (based on a speech he gave recently) in which he suggests that not only would any feasible form of digital copyright enforcement break the internet, but it would probably break the entire idea of a general purpose computer too. Shazam!

Now, maybe Doctorow is right. There’s no question that the history of digital copyright enforcement has not exactly been a rip-roaring success so far. But neither has it been a total failure, and frankly, I don’t see any reason to think that some smart people might come up with a form of general-purpose DRM in the future that actually works decently. Not 100% perfectly of course, but that’s not the goal. And not entirely free of annoyance. That’s not the goal either. Just something that’s good enough to provide a measure of IP protection that works for the vast majority of non-supermen and isn’t too unwieldy. Is that really any more unlikely than the invention of the internet itself? I’m not sure why.

This is not something you want to believe if, ideologically, you’re opposed to IP protection because you think that digital content is fundamentally different from meatspace content on the grounds that making a digital copy of something doesn’t reduce anyone else’s ability to use their copy. But neither does copying a book. That’s never been the point of IP law. It’s always been about the income stream an author can get from selling copies of his or her work, and that’s exactly the same in the digital world as it is in the physical world. The arguments in favor of IP protection are much the same in both domains.

You might not want to hear that, but just because you don’t want to hear it doesn’t mean it’s not true. The truth is that IP protection in the digital world might very well be possible. We won’t know until we try, making a whole lot of mistakes along the way. If you want to argue that IP protection is a bad idea, then fine. Make the argument. But don’t pretend that your preferences are also technological certitudes. They aren’t.