There is unquestionably a sort of kabuki-like level of hypocrisy that’s routine in Washington DC. The party in the majority routinely rails against the obstructionism of the minority, but flips around and extols the filibuster as a cornerstone of democracy when they’re in the minority themselves. The president’s party always votes for debt limit increases, but flips around and attacks them as signs of fiscal malfeasance when the other guys occupy the White House. We can argue about which 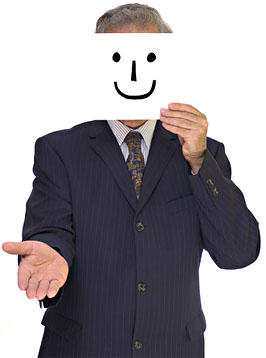 party abuses this more, but basically both of them do it. It’s genuine hypocrisy, but as these things go it’s also fairly harmless.

This kind of faux hypocrisy is common in politics too. In 1993, when Clintoncare was polling well and seemed like it might well become law, Republicans were big fans of a less statist solution that incorporated private healthcare and an individual mandate. In 2009, when defeating healthcare reform entirely seemed like a feasible alternative, suddenly the mandate became a tool of Satan. But this isn’t hypocrisy. The individual mandate was always a second-best option for conservatives, and when their first-best option seemed attainable, they ditched it.

Ditto for cap-and-trade. In 2006, when Al Gore was flying high and EPA regulation of carbon seemed like a real possibility, cap-and-trade was appealing to conservatives as a more efficient, less statist solution. By 2010, when it was clear that the EPA was unlikely to take more than modest action, they ditched their support for cap-and-trade. From their point of view, it was a good idea compared to the EPA, but a bad idea compared to doing nothing. Likewise, Medicare cuts that help pay for universal healthcare strike liberals as a good trade (hooray Obamacare!). Medicare cuts that pay for tax cuts on the rich seem like a lousy trade (boo Ryancare!).

Circumstances can change in other ways too. During the Bush administration Democrats mostly criticized the big budget deficits he ran. In 2009, suddenly they suddenly became big fans of deficits. But circumstances had changed: orthodox liberal economic theory suggests that you try to balance the budget over the course of an economic cycle. That means you should run surpluses during an economic expansion (2002-08) and deficits during a downturn (2009-present). Democrats weren’t hypocrites, they were just taking their own models seriously.

This is all a long-winded way of saying that I think Ezra Klein goes too far when he charges both parties with routine hypocrisy over issues like this. I think it’s fair to call Republicans cynical over their abandonment of cap-and-trade and the individual mandate: even though their early support was halfhearted at best, they milked it in order to persuade the public that they weren’t just pure obstructionists. There’s a lot of political calculation there, but not really a lot of hypocrisy. Likewise, you might doubt that Democrats are really all that dedicated to running budget surpluses during good economic times. But again, that’s not a sign of hypocrisy. It’s just normal human weakness.