Why did Olympia Snowe suddenly decide to quit the Senate? Jonathan Weisman provides this take:

Georgia Chomas, a cousin of the senator who described herself as more like a sister, said social conservatives and Tea Party activists in Maine were hounding her at home, while party leaders in Washington had her hemmed in and steered the legislative agenda away from the matters she cared about.

“There was a constant, constant struggle to accommodate everyone, and a lot of pressure on her from the extreme right,” Ms. Chomas said from her real estate office in Auburn, Me. “And she just can’t go there.”

It’s easy to say that this is suicidal behavior on the part of tea partiers. They’ve hounded out a senator who’s more moderate than they’d like, but her replacement is highly likely to be a Democrat, which just makes things even worse from their point of view.

But it’s not just tea partiers. The left base of the Democratic Party is up in arms over the reemergence of Bob Kerrey in Nebraska, and the story there is pretty much the same. Sure, he’s infuriating, but if he 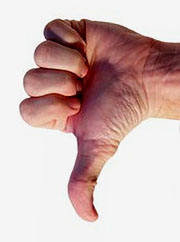 doesn’t run a Republican is almost sure to win the seat. No matter what kind of lefty politics you have, it’s hard to see how that’s an improvement.

Back in the day — by which I mean five or six years ago — you had guys like Karl Rove defending RINOs like Lincoln Chafee because he knew that Republicans were lucky to have anyone on their side from a blue state like Rhode Island. Further back, William F. Buckley famously urged conservatives to support “the most conservative candidate who is electable.” Political pros still think this way, I assume, but they’re being overwhelmed by the party bases. This cost Republicans pretty dearly in the 2010 Senate race, where they lost at least three winnable seats because they nominated unelectable crackpots.

I dunno. Maybe we’ve reached a point where we’re all so bored and so fundamentally satisfied with things that we don’t really care all that much about winning anymore. What we want out of politics is entertainment, and insisting on gladiator-like duels to the death, egged on by howling mobs, is pretty entertaining. It all beats me.