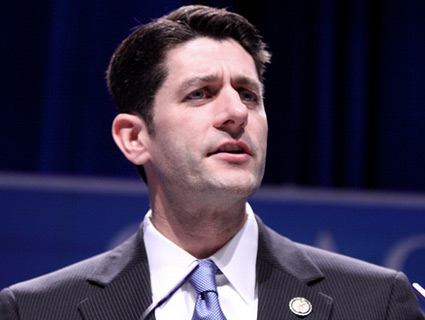 As a blogger, there are days you know you’re doomed. Today, for example. Paul Ryan has released the latest Republican budget, and it’s a blizzard of numbers, gimmicks, weird comparisons, and obfuscation. It’s no more serious than any of Ryan’s other budget proposals, no matter how many PowerPoint slides he includes, and yet, this is what everyone will be talking about. I’m pretty bored with Ryan, but I feel like I need to say something too anyway.

Other people with more fortitude than me will eventually pick through his numbers and deliver more precision about his proposals. As near as I can tell from a quick scan, though, it’s not a lot different from his previous plans. He makes modest cuts in Medicare and Social Security over the next ten years, zeroes out Obamacare, keeps defense spending high, and then takes huge whacks at everything else.

The single most important number in Ryan’s plan, as usual, is his top line limit on spending: 19% of GDP. He will, of course, justify this with a chart showing that this is about the average over the past 50 years, so it’s perfectly reasonable that we should be able to stick with this for the next 50. But it’s not. For starters, average expenditures over the 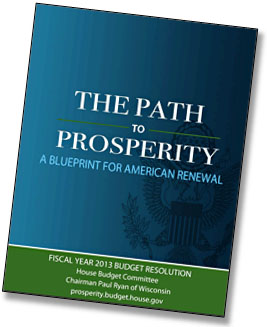 past 30 years have been more like 20-21% of GDP, with the exception of a few years in the late 90s during the Clinton boom era. What’s more, the country is aging. Nothing can stop that, and this means that spending on the elderly is going to go up no matter how good a job of reining in healthcare costs we do. This means that spending over the next 20-30 years is going to be in the range of 23-24%.

This is just pure demographics. There’s really not much we can do about it. In fact, it’s actually a best-case scenario.

So if we cut spending to 19%, it means that the entire budget outside of Social Security, Medicare, and Defense (which Ryan also doesn’t want to cut much) has to be cut by half or more. Ryan will do his best to cover this up, but there’s no way around the numbers. The country is aging. We’re going to spend more on the elderly. If we cut spending levels at the same time, everything non-elderly gets whacked hard. That’s the basic story. It’s not a path to prosperity, it’s a path to penury.

More later on some of the details of Ryan’s plan.

UPDATE: So what does “whacked hard” really mean? It means hard. Details here.