Oddly, although Romney’s favorables are up a lot among conservatives, and flat among moderates, this hasn’t translated into much improvement among Republicans. I’m not sure how the math works out there. Maybe there’s a mistake in the calculations somewhere. 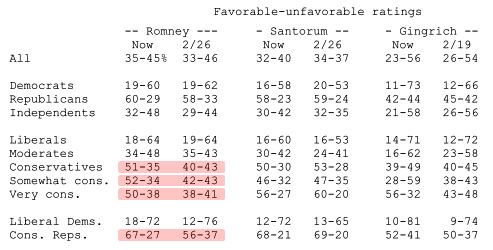