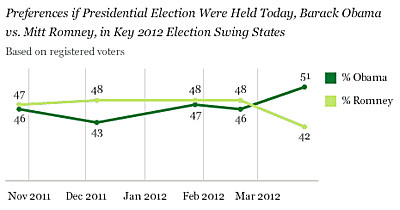 So how’s that whole contraception thing working out for the right? The latest Gallup poll of swing states suggests that it’s not going so well: Obama now leads Romney in these states 51%-42%. Here’s why:

The biggest change came among women under 50. In mid-February, just under half of those voters supported Obama. Now more than six in 10 do while Romney’s support among them has dropped by 14 points, to 30%. The president leads him 2-1 in this group.

USA Today breaks this down a bit more in the chart below. Most people still don’t have much of an opinion about birth control, but among those who do, 27% agree with Obama’s view while only 11% agree with Romney’s view. This might all blow over by November, but if the Obama campaign manages to keep it in play it could become a pretty serious albatross for the right. 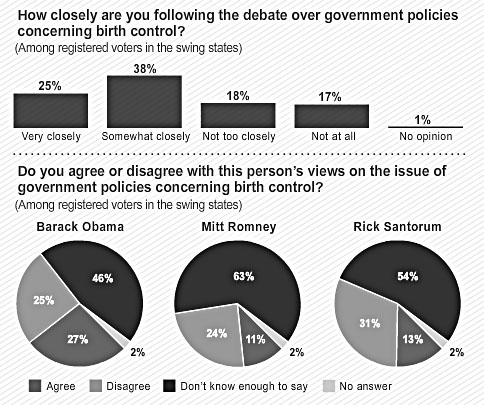