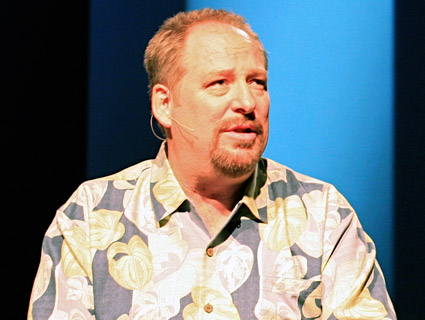 I see that fellow Orange Countian Rick Warren — he of Saddleback megachurch and Purpose Driven Life fame — is in the news again. He was on ABC’s This Week yesterday, and Jake Tapper asked him what he thought about President Obama’s suggestion that God tells us to care for those less fortunate than ourselves:

The only way to get people out of poverty is J-O-B-S. Create jobs. To create wealth, not to subsidize wealth. When you subsidize people, you create the dependency. You — you rob them of dignity.

You know, there’s nothing really wrong with a Republican politician saying this. Or a Democratic politician, for that matter. My first preference for helping the poor is indeed to make sure they have decent jobs. Unfortunately, I haven’t yet met anyone who has a brilliant plan for making the economy boom on such a sustained basis that jobs are always available for everyone.

But I’m a blogger, not a minister. And while I might not be an expert on the Bible, I’ve read enough to know that Jesus sure didn’t seem to think that helping the poor robbed them of dignity. Can someone help me out here? What part of the gospels do you think Warren is referring to?