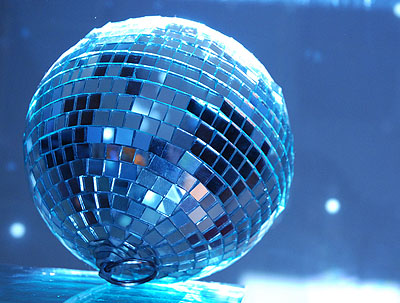 A friend emails today to say that he sympathizes with my desire to avoid blogging too obsessively about the media’s unending infatuation with shiny objects, but uses the Hilary Rosen flap as an example of the harm this stuff does:

Then the golden nugget, the reward the right was seeking lands today in an article in the WaPo by Tumulty. Regardless of the content of the article, the web-only headline was the power: “Firestorm over Stay At Home Moms Gives GOP Edge in War on Women.” Then the article goes on to give one the impression that a careless remark has eliminated the ill will towards women caused by Republican and conservative commentator conduct. It’s not hard to see that Tumulty was fed a lot of the conclusions, but this is their pocket victory. They’ll take it, boil it to a soundbite and move forward.

It’s frustrating because, I’m sure like you, I ignored this because I believed it would pass fairly quickly. But the call by the refs today tell me that this stupid event landed a punch. Sure it will pass, but these do add up. This is just the first in the general.

Here’s what I’d like to know: how much effect do these things really have? One of my personal touchstones for not worrying too much about them is my wife. Almost every time, if I happen to mention one of these nano-kerfuffles to Marian, she’s never heard of it. Neither has my sister or my mother. In other words, non-political junkies simply don’t hear about this stuff unless they stay up late to hear Leno or Jon Stewart making fun of it.

That doesn’t mean they’re harmless, of course. There are other avenues for influence besides direct contact. In fact, it’s an article of faith among the politerati that high-attention voters have a big impact on their low-attention friends. And maybe so. But the high-attention folks are mostly pretty hardened partisans already, so I have my doubts that the constant stream of shiny objects really affects them very much in the first place, which in turn means the indirect effect of shiny objects on everyone else can’t be all that high either. This is doubly true because, as First Read points out, these things have such microscopic lifespans these days. Just a couple of weeks ago we were all being assured that L’Affaire Etch A Sketch was no passing fancy, but would have a permanent effect on Mitt Romney’s campaign. Then the Supreme Court heard oral argument on Obamacare, Romney won big victories in the April 3 primaries, Rick Santorum dropped out of the race, and Hilary Rosen provided everyone with a brand new shiny object. Sadly for the Ohio Art Company, Etch A Sketch is now just a dim memory.

Some of this stuff matters. The Al Gore internet meme ended up mattering. The Swift Boating of John Kerry mattered. But my guess is that about 98% of it has no material effect at all. It just gives writers something to write about, talking heads something to talk about, and the chattering class something to chatter about.