The New York Times reports today that climate skeptics have pretty much run out of plausible pseudo-science to support their claim that global warming is a myth. Sunspots are a joke. Weather station innacuracy isn’t an issue. Paleoclimate reconstructions seem to be fine. Urban heat islands aren’t distorting measurements. And no, it hasn’t been getting cooler since 1998.

According to Justin Gillis, the deniers have only one arrow left in their quiver: cloud formation. Climate scientists remain unsure of the effect of cloud formation on weather patterns, and this 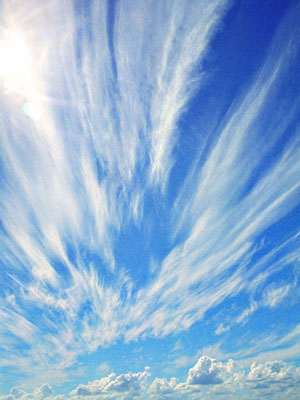 has given MIT’s Richard Lindzen all the opening he needs:

When Dr. Lindzen first published this theory, in 2001, he said it was supported by satellite records over the Pacific Ocean. But other researchers quickly published work saying that the methods he had used to analyze the data were flawed and that his theory made assumptions that were inconsistent with known facts. Using what they considered more realistic assumptions, they said they could not verify his claims.

Today, most mainstream researchers consider Dr. Lindzen’s theory discredited. He does not agree, but he has had difficulty establishing his case in the scientific literature. Dr. Lindzen published a paper in 2009 offering more support for his case that the earth’s sensitivity to greenhouse gases is low, but once again scientists identified errors, including a failure to account for known inaccuracies in satellite measurements.

Dr. Lindzen acknowledged that the 2009 paper contained “some stupid mistakes” in his handling of the satellite data. “It was just embarrassing,” he said in an interview. “The technical details of satellite measurements are really sort of grotesque.”

If Lindzen is the climate deniers’ last hope, they should probably just give up the fight right now. But they won’t, because Gillis is wrong: clouds aren’t their last hope. Human greed and self interest are their last hope, and there’s very little chance of that diminishing anytime in the near future. The deniers don’t want to believe, so they don’t.

As for Lindzen, this is where I’d normally link to the official 5,000-word takedown from Joe Romm, but I just flipped over to Climate Progress, and to my surprise there’s nothing there yet. But check back later in the day. I’m sure he’ll have chapter and verse on the good doctor before long.