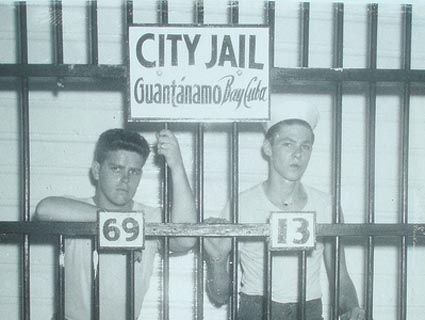 Adam Serwer is filling in while Kevin Drum is on vacation.

On Wednesday, Obama-appointed(!) Judge Katherine B. Forrest blocked the section of last year’s National Defense Authorization Act (NDAA) that purported to “reaffirm” the 2001 authorization to use military force against Al Qaeda. A group of activists and journalists had argued that the vague wording of the law could subject them to indefinite military detention because their work brings them into contact with people whom the US considers to be terrorists, and in doing so violated their First Amendment rights.

Forrest agreed with the plaintiffs that the relevant section of the law was “not merely an ‘affirmation'” of the 2001 authorization for use of military force (AUMF). “Basic principles of legislative interpretation,” she wrote, “require Congressional enactments to be given independent meaning”—judges can’t simply assume a law does nothing. None of this brings the war on terror to a halt, mind you, because Forrest says there are “a variety of other statutes which can be utilized to detain those engaged in various levels of support of terrorists,” so her injunction “does not divest the Government of its many other tools.”

Forrest’s logic is pretty sound: After all, there would have been no point to “reaffirming” the AUMF if doing so didn’t expand the government’s powers. Hawks in Congress wanted a “reaffirmation” to ensure groups like Al Qaeda in the Arabian Peninsula, which didn’t exist on 9/11, were covered under the 2001 law. The NDAA states in the “reaffirmation” section that people eligible for detention are those who have “substantially” supported Al Qaeda or any of its associated groups. The plaintiffs argued that section represented an expansion of existing governmental authority that could result in their detention.

Judge Forrest’s decision, however, has to be read in the context of what happened in court: When Forrest asked the government lawyer charged with defending the statute whether the journalists, who said their work has brought them into contact with groups like Hamas or the Taliban, could be indefinitely detained, the government’s lawyer wouldn’t say:

JUDGE: Assume you were just an American citizen and you’re reading the statute and you wanted to make sure you do not run afoul of it because you are a diligent U.S. citizen wanting to stay on the right side of [the law], and you read the phrase ‘directly supported’. What does that mean to you?

GOVERNMENT: Again it has to be taken in the context of armed conflict informed by the laws of war.

JUDGE: That’s fine. Tell me what that means?

When asked again whether one of the journalists’ activities would qualify as “substantial” support for a terrorist group, the government attorney said, “I don’t know what she has been up to.”

Asked direct questions about what might subject someone who wasn’t actively engaging in hostilities to indefinite military detention, the official representative of the government responded with creepy Orwellianisms.

Congress had ample warning that the vagueness of “substantially supported” might make the NDAA vulnerable in court. Pentagon General Counsel Jeh Johnson told the House Armed Services Committee in March that the language related to “substantial support” of terrorist groups “would give us litigation risk, without a doubt.”

And what do you know? It did.