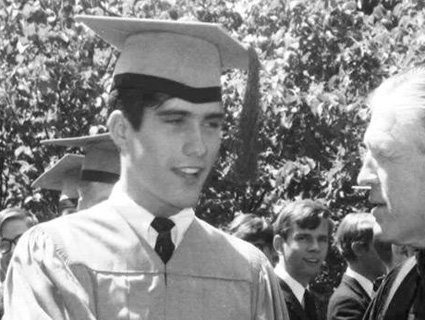 Yesterday I wrote that although Mitt Romney’s teenage “pranks” are, by current standards, fair game for journalists, “pretending that this makes him an anti-gay bully today isn’t. He’s got decades of adult experiences that tell us what kind of man he’s become.”

I still believe that, but the more I think about exactly that point — focusing on Romney’s actions right now, not his actions 50 years ago — the more disturbing the whole Lauber affair becomes. Lots of teenage boys bully classmates, and in the mid-60s it was equally common to bully kids for seeming effeminate. That doesn’t tell us much about Romney the man.

But Romney the man has denied, and repeatedly denied yesterday, even remembering this incident. Sure, it was half a century ago, but he led a posse of his friends, tackled John Lauber in a hallway, dragged him into a bathroom, and then chopped off his hair while he struggled in terror. Even if you grant that this kind of extreme behavior was more common in a 1960s prep school than it is today, it’s really not the kind of thing you’d forget.

At least, you shouldn’t. So either Romney has done this kind of thing so often that the Lauber incident just blends into all the others, which suggests a far more vicious childhood than he’s owned up to, or else he remembers it just fine and is simply lying about it.

My guess is the latter. And that’s depressing, as much for what it says about modern politics as for what it says about Romney. Because, really, what would be the harm of just talking about this? Fess up, acknowledge that you remember the incident, explain that you feel terrible about it, maybe even draw some gauzy lessons about tolerance for the View set, etc.? But for some reason Romney is too politically insecure to do that. He’s obviously afraid that he’d pay some terrible price. Afraid that it would make him seem weak. That speaks badly for him, and badly for American politics.