The New York Times has a story today about a stupendous Mitt Romney shindig for wealthy donors in Park City, and for the most part the event turns out to be just what you’d imagine these things are like. Flawlessly executed, as you’d expect from Romney, packed with GOP stars, 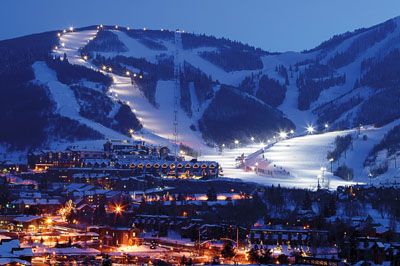 backstopped by gorgeous scenery, sprinkled with speeches about how President Obama is destroying America, and crowned by glimpses of Romney himself in between the barbecued beef, chicken and salmon.

But really, the story saves the best for last:

Mr. Rove playfully mocked a Wall Street banker for his casual wardrobe: a baseball cap, gray hooded sweatshirt and a pair of worn bluejeans. You’re the most underdressed banker I’ve ever met,” Mr. Rove told him.

After Mr. Rove walked away, the gaggle of men excitedly recounted the conversation, reveling in their access. “That’s the price of admission right there,” one donor said to another. “Your six minutes with Rove.”

Honest to God, I don’t get this. Sure, I suppose everyone likes to be schmoozed. But seriously? These wealthy, powerful, connected men are as excited as schoolboys because they got to chat with Karl Rove for six minutes? Isn’t that kind of pathetic? Are the lions of our overlord class really that insecure about their stations in life?

NOTE: This post is entirely nonpartisan. I don’t doubt that Democratic donors act pretty much the same way.