I’ve been pondering the future impact of yesterday’s Obamacare ruling, and I continue to think that the Commerce Clause ruling probably isn’t a big deal. After all, the activity/inactivity distinction, which John Roberts bought into, hasn’t come up in the past 200 years and probably won’t come up in the next 200 either. And if it does, Congress now has due warning that it needs to use language that doesn’t directly compel anyone to engage in commercial activity. As long as the court doesn’t extend the ruling to apply to measures that indirectly compel commercial activity, there’s just not much impact here.

(In fact, it could even be a win for liberals. Mandatory Social Security private accounts, for example, are almost certainly now unconstitutional, which just makes it easier for liberals to explain why we can’t have them. More generally, this ruling means that Congress is now on much safer ground when it simply raises taxes to fund programs directly run by the government, rather than outsourcing them to the private market. That’s friendlier to liberal ideology than to conservative ideology.)

The Medicaid ruling is a different story. That one is a little trickier. The court ruled that it’s acceptable for Congress to create a new program and then tell states that they won’t receive funding for the program unless they agree to all its rules. In a case like that, states have a genuine choice. However, it’s not acceptable 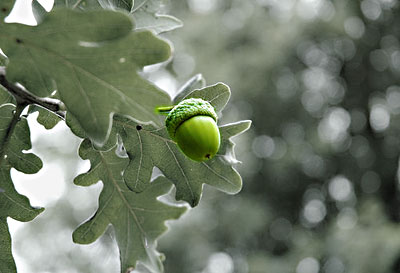 to create a new program and then tell states they’ll lose existing funding unless they also accept the new program along with all its rules. That’s too coercive. In practice, no state could ever refuse.

So what does this mean? The basic idea is that states need to have a genuine say in whether they want to participate in federal programs. Congress can nudge them to participate, but they can’t create conditions so onerous that, in practice, states have no alternative but to go along. But how far does this reach? Can Congress create new rules for existing programs and impose them on the states after the states have accepted funding for a program? Or is this now unacceptable because, in practice, states can’t pull out of programs that are up and running and therefore have no leverage to refuse the new rules? Would this apply to any new rule? Or only to rules that are especially onerous?

That’s unclear. But at the least, the court has, for the first time, defined a genuine outer boundary for federal coerciveness. As it stands, this outer boundary probably doesn’t act as a very big restraint on congressional power. However, the court didn’t define an inner boundary, and future rulings could easily move the bar so that it applies very generally to new congressional rulemaking of all kinds.

Brad DeLong suggests that there’s a way around this:

At a formal level, this notion that the federal government cannot alter the terms of The Deal — that it must make a new deal, with consideration, offer, and acceptance — is hard to understand. The federal government could certainly repeal Medicaid entirely. It certainly could start up a new program equal to Medicaid + ACA Expansions and offer states that deal. It sounds as though if the ACA had been structured in this way:

that that would, formally, pass Roberts’s scrutiny.

I guess I find this unlikely. The sophistry is too obvious. At this point the Medicaid ruling is just a tiny acorn, barely worth worrying about. But given the proper care and treatment by a conservative court, it could grow into a mighty oak. This is very definitely something to watch out for.