Vote Romney! He’ll repeal Obamacare, the whole thing, but he’ll keep some parts, like preexisting conditions, but actually he won’t, he’ll keep it but not in the law. 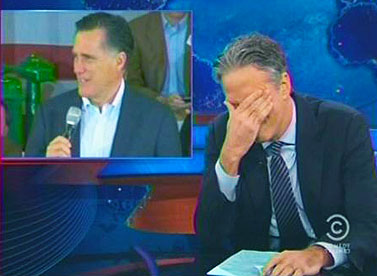 on corporations (who are people (actually let me clarify, they’re not people (except for purposes of campaign contributions))). He’s not going to get into details because if he did his opponents would just use them to attack him.

He’s in favor of a strong dollar, so he’ll stop China from manipulating the currency to maintain a strong dollar, which is causing a big debt, which he’ll make smaller by cutting taxes and cutting spending, except on military, Social Security, Medicaid, and Medicare which he’ll spend more on. He’s against cutting Medicare, because that’s what Obama is doing and he’ll repeal Obama cutting Medicare, but he’ll cut Medicare (sorry, “entitlement reform”), but not Obama’s cutting Medicare different cutting Medicare. And the older generation is running up the deficit at the expense of younger people, which he’ll fix by cutting benefits for younger people (it’s not cutting Medicare, it’s just having Medicare give out less money than before). And he’s in favor of the individual mandate, which is why he’ll repeal it once in office. And he didn’t want to bail out GM, because he secretly did want to bail out GM. But three things he’ll NEVER DO are “apologize for America,” let cancer patients smoke weed, and release his tax returns.