This is a special post for California readers. The rest of you may safely ignore it.

This year we have 11 initiatives on the California ballot. As longtime readers know, my default position is to oppose all initiatives. Here’s the nickel version of a longer rant about this: (1) Most initiatives these days are funded by corporate interests, not the grassroots, and corporate interests don’t really need yet another avenue to work their will on the public; (2) generally speaking, laws should be laws, not constitutional amendments or initiative statutes, where they’re essentially etched in stone forever; and (3) ballot box budgeting is a curse. So keep my biases in mind as you read this.

It’s worth noting that my dislike of initiatives softens a bit when there’s no choice in the matter. We Californians have passed a ton of initiatives in the past, and since that etches them in stone (see No. 2, supra) it means that the only way to change them is via another initiative. I don’t like it, but that’s life. I’m mentioning this because several of this year’s initiatives fall into this category, and they account for every single one of my Yes recommendations. 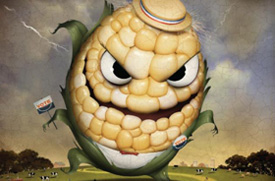