I didn’t notice this when it was first published, but David Kirkpatrick wrote a must-read piece on the Benghazi attacks in the New York Times on Monday. I’ve been mildly critical of the Obama administration for sticking too long to the storyline that the attacks were inspired by a YouTube video, but it turns out that on-the-ground reporting actually backs that up:

To Libyans who witnessed the assault and know the attackers, there is little doubt what occurred: a well-known group of local Islamist militants struck the United States Mission without any warning or protest, and they did it in retaliation for the video. That is what the fighters said at the time, speaking emotionally of their 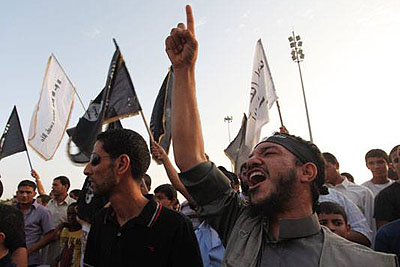 anger at the video without mentioning Al Qaeda, Osama bin Laden or the terrorist strikes of 11 years earlier.

….The fighters said at the time that they were moved to act because of the video, which had first gained attention across the region after a protest in Egypt that day. The assailants approvingly recalled a 2006 assault by local Islamists that had destroyed an Italian diplomatic mission in Benghazi over a perceived insult to the prophet. In June the group staged a similar attack against the Tunisian Consulate over a different film, according to the Congressional testimony of the American security chief at the time, Eric A. Nordstrom.

And was it an al-Qaeda-sponsored terrorist attack?

Whether the attackers are labeled “Al Qaeda cells” or “aligned with Al Qaeda,” as Republicans have suggested, depends on whether that label can be used as a generic term for a broad spectrum of Islamist militants, encompassing groups like Ansar al-Shariah whose goals were primarily local, as well as those who aspire to join a broader jihad against the West.

….Other Benghazi militia leaders who know the group say its leaders and ideology are all homegrown. Those leaders, including Ahmed Abu Khattala and Mohammed Ali Zahawi, fought alongside other commanders against Col. Muammar el-Qaddafi. Their group provides social services and guards a hospital. And they openly proselytize for their brand of puritanical Islam and political vision.

Spencer Ackerman says that you can nonetheless make a good case that “Jay Carney and Susan Rice misrepresented the Benghazi attacks,” and I think that’s fair. As Kirkpatrick notes, this might have been for political reasons:

Peter Feaver, a political scientist at Duke University who advised the Bush administration on the domestic politics of its foreign policy, said, “The line was ‘Osama bin Laden has been killed, the war on terror has been won,’ so why muddy that?” He added, “Faced with a range of possibilities, they went with the one that was politically convenient.”

Still, the bottom line appears far more favorable toward Obama’s handling of the attacks than Republicans want to admit. There really is evidence that the video played a role in instigating the assault. Obama (and Hillary Clinton) really did cautiously refer to the attacks as “acts of terror” shortly after they happened. The attackers really do appear to be local fighters with only the most tenuous possible connection to al-Qaeda. In the end, there’s not much left to the Republican story aside from some blame-game bickering over whether the State Department should have beefed up security in the months before the anniversary of 9/11. That’s pretty weak tea.