To start off this short week, I’d like to add my voice to the many on the left who are endlessly amused at how thoroughly Mitt Romney is being thrown under the bus by the right for the heinous crime of….saying nothing more than what most of them have believed for a long time. He thinks Obama won by promising lots of goodies to poor people and minorities, and unless I’ve misunderstood several decades worth of conservative complaints, that’s a pretty mainstream view on the right. “We are reaching the tipping point where the majority of Americans are recipients of government programs,” said uber-mainstream conservative George Will earlier this year. “The tactic of the Democratic Party is to run up the dependency ratio in this country until you get 50-60 percent of Americans dependent on the government […] at which point they figure the 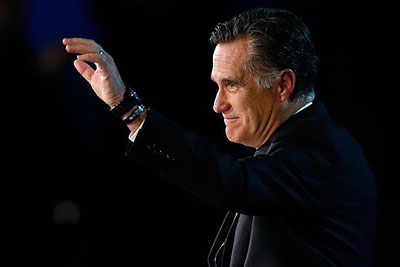 party of government will always win.” A few weeks after Will made his comment, Mother Jones released the infamous 47 percent video, which prompted Ron Brownstein to write:

Far from a gaffe, Romney’s remarks reflected both a long-standing belief among conservatives that the nation faces a “tipping point” in which growing dependency will create an insurmountable electoral majority for big government — and Democratic candidates. Rep. Paul Ryan of Wisconsin, Romney’s running mate, has delivered similar arguments for years. “We risk hitting [a] tipping point in our society where we have more takers than makers,” he said recently. “President Obama’s policies are feverishly putting more people into the column of being takers than makers … being more dependent.”

The conservative Heritage Foundation, in the latest edition of its “Index of Dependence on Government” likewise concluded earlier this year: “Perhaps the greatest danger is that the swelling ranks of Americans who enjoy government services and benefits for which they pay few or no taxes will lead to a spreading sense of entitlement that is simply incompatible with self-government.”

Conservatives believe that liberals are intent on creating a welfare state that saps initiative, leads to moral decay, makes voters more dependent on government, and helps cement the Democratic Party’s hold on power. They’ve been saying this forever. But when Mitt Romney says it in slightly blunter terms than we’re used to, they practically barrel over each other running for the exits.

Poor Mitt. Conservatives never liked him in the first place, so he tried hard to say all the things they wanted him to say. But once he lost, he was an instant pariah. He was saying the stuff they wanted him to say during a campaign, not realizing that the rules had changed. Once the campaign was over, that exact same stuff was a rather too blunt admission of what conservatives believe. He was betraying the cause, not helping it. The price he’ll pay is a banishment from the conservative movement even more thorough than George Bush’s. Conservatives are not kind to their losers.