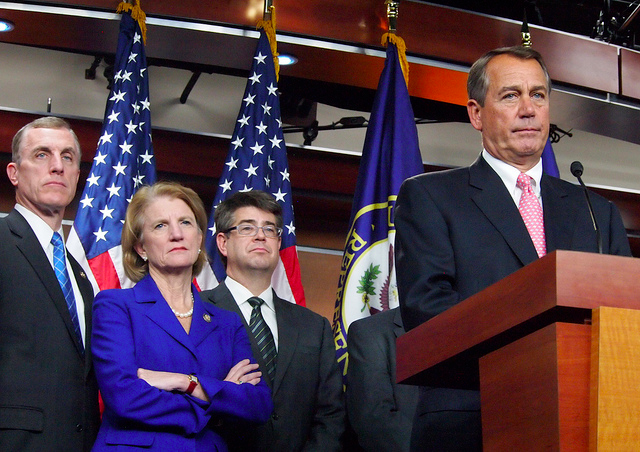 Even after larding up his Plan B bill with lots of goodies, John Boehner apparently couldn’t get his Republican caucus to support it. So he’s now pulled the bill and adjourned the House, promising only to return after Christmas “when needed.”

This is truly an epic fail. Boehner couldn’t even get a piece of obvious political theater passed. He’s completely unable to control the lunatic wing of his own party. So what’s next?

One possibility is that this makes falling off the fiscal cliff much more likely. If the loonies won’t even vote for Plan B, what are the odds they’ll vote for a compromise bill along the lines that President Obama has offered? A second possibility—and I honestly don’t know how likely this is—is that Boehner now knows he can’t get the tea partiers to vote for anything, so he’ll give up on the idea of bringing them into the fold. Instead of trying to craft a bill that can get 218 Republican votes, he’ll round up 50 or 100 of the noncrazies and pass a compromise bill along with 150 Democrats. On this reading, today’s failure actually makes a fiscal-cliff compromise more likely.

Maybe. It all depends on what Boehner thinks he can get away with and just how vulnerable he is to some backstabbing from Eric Cantor. Time will tell.