Compare and contrast. Here is how seriously we take civil liberties when the subject can be plausibly labeled terrorism:

[New rules] allow the little-known National Counterterrorism Center to examine the government files of U.S. citizens for possible criminal behavior, even if there is no reason to suspect them. That is a departure from past practice, which barred the agency from storing information about ordinary Americans unless a person was a terror suspect or related to an investigation.

Now, NCTC can copy entire government databases—flight records, casino-employee lists, the names of Americans hosting foreign-exchange students and many others. The agency has new authority to keep data about 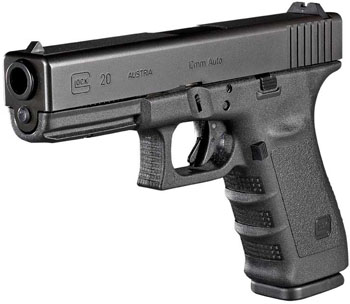 innocent U.S. citizens for up to five years, and to analyze it for suspicious patterns of behavior. Previously, both were prohibited.

And here is how seriously we take civil liberties when gun ownership is involved in any way, shape, or form:

Under current laws the bureau is prohibited from creating a federal registry of gun transactions….When law enforcement officers recover a gun and serial number, workers at the bureau’s National Tracing Center here — a windowless warehouse-style building on a narrow road outside town — begin making their way through a series of phone calls, asking first the manufacturer, then the wholesaler and finally the dealer to search their files to identify the buyer of the firearm.

….The Firearm Owners Protection Act of 1986, for example, prohibits A.T.F. agents from making more than one unannounced inspection per year of licensed gun dealers. The law also reduced the falsification of records by dealers to a misdemeanor….The most recent Tiahrt amendment, adopted in 2010…requires that records of background checks of gun buyers be destroyed within 24 hours of approval. Advocates of tighter regulation say this makes it harder to identify dealers who falsify records or buyers who make “straw” purchases for others.

So that’s where we are. The federal government can swoop up enormous databases, keep them for years, and data mine them to its heart’s content if it has even the slightest suspicion of terrorist activity. Objections? None to speak of, despite the fact that terrorism claims only a handful of American lives per year. But information related to guns? That couldn’t be more different. Background checks are destroyed within 24 hours, serial numbers of firearms aren’t kept in a central database at all, and gun dealers can barely even be monitored. All this despite the fact that we record more than 10,000 gun-related homicides every year.