Michael Kinsley writes today that deficit hawk Pete Peterson and deficit dove Paul Krugman actually agree with each other: we need more spending now, while the economy is weak, but in the long term we need to rein in the deficit. 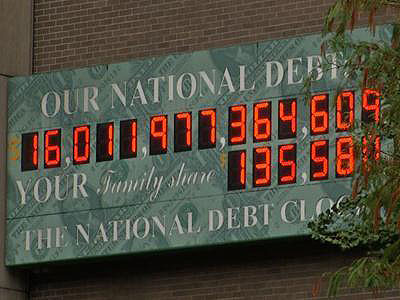 men — representing opposite ends of the spectrum in this debate — agree on how we should proceed.

Kinsley is exaggerating for rhetorical effect here, but there’s a kernel of truth to this. So if we (almost) all agree that the long-term deficit needs to be controlled, why is there such a massive difference of opinion about whether we should start now vs. putting off the hard decisions until the economy is fully recovered? Neil Irwin takes on this question with a short guide to “why the economics crowd isn’t as nervous about deficits and debt as the Washington punditocracy.” Then he follows this up with the flip side: the best arguments the political class has for being more nervous about debt than the economics crowd.

It’s worth a read, but I’d like to add two bullet points about why the political class is really more nervous about debt than the economists are:

I’m not much of a deficit hawk. But I cop to taking the long-term deficit seriously, and I doubt very much that it will ever get reined in without applying enormous, sustained pressure to the political class. My biggest problem, then, isn’t so much that this pressure is being applied, but that it’s being applied to the wrong place. There’s nothing much we can (or should) do about the aging of America: we just need to pay for it, whether we like it or not. And discretionary spending isn’t on an upward trajectory, so it shouldn’t be sucking up so much of our attention. It’s all healthcare, baby. If all of the pressure on the deficit were being applied to serious proposals for reining in healthcare spending, in an effort to get U.S. spending levels down to those prevailing in socialist Europe, I’d probably applaud. Unfortunately, virtually none of it is. We got a few new cost-containment initiatives in Obamacare, which might or might not work, complemented by some absurd hack-and-slash proposals from the Paul Ryan crowd, and that’s about it. This is pretty much the exact opposite of serious.