The biggest and weirdest myth out there about the $1 trillion platinum coin is the idea that it would require a large quantity of platinum to make one….This is total nonsense….Saying that the government would need a lot of platinum is like saying a $100 bill needs to have 100 times as much cotton in it as a $1 bill….The metallic content of a coin is entirely irrelevant to its monetary value and has been for a long time. Even under the gold standard the value of coins was a pure legal convention.

This is true, of course. In a way, though, I wonder if this is yet another reason to think that the trillion dollar coin wouldn’t be legal. Remember that its authorization comes in a sentence devoted to the minting of bullion coins. But as a lawyer friend emailed to 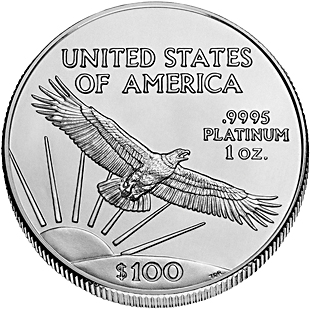 me this morning, “bullion coins are generally understood by other statutes within the US Code to be coins with a value effectively equal to the market value of the precious metal bullion in them. The trillion dollar coin is not that.”

This is one of the problems with the argument that the “plain text” of the law allows the Treasury Secretary to mint a platinum coin in any denomination, even a trillion dollars: it’s only plain if you rip a single sentence out of the context of the rest of the statute. But I don’t think that’s how the Supreme Court looks at things. They routinely consider the meaning of individual parts of bills within the context of the entire statute (as well as other relevant statutes). And in this case, the rest of the statute, at the very least, makes that meaning unsettled. Certainly unsettled enough to give them the leeway to take on the case and consider the rather obvious real-world meaning of the platinum coin provision.

(Ironically, my recollection of the real-world motivation for giving Treasury the authorization to mint “any denomination” of platinum coin was to allow them to respond quickly to the desire of collectors for smaller denominations than a single ounce. Lots of people couldn’t afford a one-ounce coin, and the idea was to give Treasury the ability to play around with smaller coins that might be more marketable.)

In any case, as long as we’re all spitballing about this, here’s something else to think about. There’s no requirement that a treasury bond be printed on paper. If the government wanted to, I imagine that treasury bonds could be etched onto metal plates. In fact they could be etched onto small, round, metal plates. Round platinum plates, for example.

POSTSCRIPT: I should note a bit of an irony here. There are several legal arguments about ways that Obama could evade the debt limit, and I’m actually pretty sympathetic to some of them. To me, the strongest is the simple argument that if the debt limit isn’t raised, Congress is forcing Obama to do something illegal. He has to either withhold funds that he’s obligated to spend (illegal) or he has to break through the debt limit (also illegal). Given that, he could simply decide that breaking through the debt limit is the least illegal of the options open to him, and order Treasury to continue issuing debt.

I have no idea how the courts would react to that, but it seems like a more plausible argument than the whole platinum coin weirdness.