The political part kicks in, however, when we look back at the 2012 presidential election. I read the transcript of just about every speech and interview Mitt Romney did last year, and I seem to recall the Republican condemning Obama’s loan to Tesla all the time. In the final months of the race, it was a standard line of attack: the president was recklessly using our money, Romney said, to “pick losers.” Obama was so irresponsible, he even invested in Tesla Motors.

Romney was so fond of the criticism, he even brought it up during one of the debates. Paul Ryan joined in on the fun, condemning Tesla’s loan on the stump as well. I’m curious, given these new developments, whether the GOP still considers the administration’s loan an outrageous abuse worthy of public scorn.

Wait a second. Steve read the transcript of every single speech and interview Mitt Romney gave last year? Holy cats. I’m not sure whether to be impressed or appalled.

But on to the question of government loans. In my ongoing efforts to spend at least 5 percent of each week not being a partisan hack, I’ll defend Romney here. Sort of. The truth is that in most cases, the fact that a loan does or doesn’t get paid off probably isn’t a good 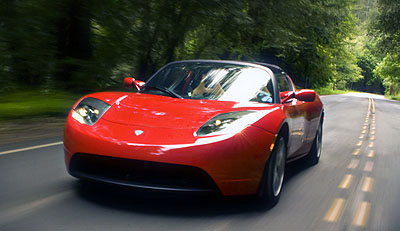 measure of whether it was a good idea. To figure that out, you need to assess the evidence at the time the loan was made, not just label every performing loan as a good idea and every nonperforming one as a bad idea.

My rough take, for example, is that the Tesla loan was probably a poor use of taxpayer money. Tesla isn’t a company likely to make any important breakthroughs. It’s a company whose business plan relies on making money by selling really expensive cars to rich people. Why should U.S. taxpayers subsidize that?

Conversely—and here’s where this week’s 5 percent ends—Solyndra was probably a good use of taxpayer money. In the end it didn’t pay off, but it had a reasonable chance of producing an important breakthrough. That’s the kind of thing taxpayers should be willing to take a gamble on. If a quarter of the gambles fail, chances are you’re still ahead of the game.

However, I would still like to own a Tesla. Are there any Obama giveaway programs to heavily subsidize electric car purchases for friendly bloggers? There must be. Rush Limbaugh talks about them all the time. So where’s my loot?