Last week AP won a court case against Meltwater, a company that allows organizations to keep track of where and how they’re mentioned in the press. Meltwater provides its clients with the headline and a few snippets from each article that mentions them, and contends that this is fair use. AP argued that it isn’t, and asked Meltwater to pay a license fee for using AP’s content. James Joyner isn’t impressed:

Now, this strikes me as silly. Meltwater is in no ways a rival news service. It’s not a news service at all. It’s a way for an organization to keep track of its coverage in the world press.

The think tank that employs me tried out Meltwater’s service some time back. I don’t know whether we ultimately signed up as a client; the rates were exorbitant. But it was a way, far more efficiently than possible through Google News or even Lexus-Nexis, to keep track of the mentions of the organization, its CEO, and other key stakeholders. In addition to the snippets, which I doubt we used all that much, there were various analytics and graphing packages.

While AP and NYT content was certainly included, this is in no way competitive with what they do….That is, unless the only reason you would read AP content was to 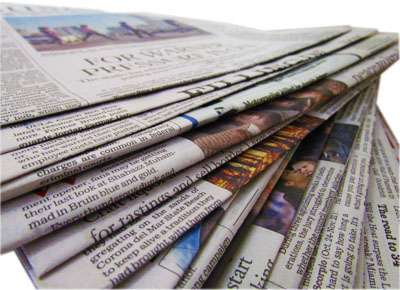 find out what AP was saying about you or your business, Meltwater was not competition for AP.

On the other hand, unlike a traditional clipping service, Meltwater isn’t giving its clients full clips. Just a headline and a few paragraphs.

On the third hand, Meltwater describes itself as a clipping service. In court, Meltwater tried to argue that they’re really a search engine that provides a “transformative function” on the clips in question, but the judge didn’t buy it:

Just as a news clipping service should do, Meltwater systematically provides its subscribers with what in most instances will be the essence of the AP article relevant to that reader. And again, despite the obvious point of comparison given its characterization of itself as a search engine, Meltwater does not attempt to show that the extent of its taking from the copyrighted articles is no greater than that customarily done by search engines. AP, in contrast, has offered evidence that Google News Alerts do not systematically include an article’s lede and are — on average — half the length of Meltwater’s excerpts.

….Based on the undisputed facts in this record, Meltwater provides the online equivalent to the traditional news clipping service. Indeed, Meltwater has described itself as adding “game-changing technology for the traditional press clipping market.” There is nothing transformative about that function.

If Meltwater is a specialized search engine, it doesn’t need to pay licensing fees. If it’s a clipping service—even an electronic one—it does, just like clipping services have always done. That’s mainly what this case is about. If this ruling stands up, it will indeed narrow the scope of fair use, but it’s a pretty small and specialized bit of narrowing, applied solely to a for-profit enterprise in a very specific niche market. It probably doesn’t mean much to the rest of us.