I’ve got a problem. I figure nearly everyone is just going to laugh at me for this—though for different reasons on left and right—so I’m a little hesitant to even bother whining about it. But here it is.

I like snark. I’m perfectly happy to trade elbows with the opposition. But really, my preference is to spend most of my time talking seriously (or semi-seriously) about policy, and that means engaging with conservatives. The problem is that it’s just flatly hard to see the point of doing that these days. When I read even supposedly serious conservative policy proposals, I find them so egregiously 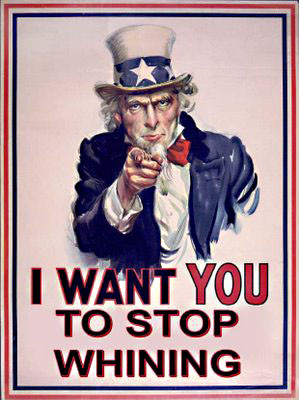 empty that I feel like I’d be demonstrating terminal naivete by even taking them in good faith. So I don’t.

Yesterday, for example, I wrote about the Ponnuru/Levin proposal for healthcare. “Wrote” is giving myself too much credit, though. Basically I just sighed. Today, Ezra Klein, who’s a nicer guy than me, summarizes it as “less spending on health insurance for poor people, stingier health coverage for middle-class people, and lower taxes for rich people.” He then goes on to write a couple thousand words about a similar proposal, which quite plainly wouldn’t work, and wouldn’t broaden health coverage even if it did.

So which approach is better? My better angels tell me I should assume good faith and spend the time it takes to write a long explanation of why this stuff won’t work. But why bother? Does anyone really think that the people who write these plans are unaware of the grade-school level problems with their proposals? Of course they are. They’ve been pointed out a hundred times, and they keep writing up the exact same proposals anyway. They barely even bother to change the wording.

Or take yesterday. I caught a few minutes of Chris Hayes’ new show, and he was talking with his panel about why South Carolina conservatives are apparently willing to forgive Mark “Appalachian Trail” Sanford. Everyone took the question seriously and offered serious ideas. As a result, they all tap danced around the real reason: conservatives are willing to forgive pretty much any conservative who goes through the whole Christian repentance kabuki. So which is better? To be serious, or to simply state the obvious truth and be taken for a partisan shill?

There are hundreds of examples like this. The annual Paul Ryan budget fest is probably the most obvious one. Every year we comb through his budget and produce lots of charts and tables and trendlines, and every year the bottom line is exactly the same: Paul Ryan wants to cut taxes on the rich and cut spending on the poor. That’s it. That’s what he wants. That’s why his budget never changes, even after hundreds of detailed analyses showing exactly what it would mean for domestic spending. It’s because slashing spending on the poor is the whole point of the plan, not merely a bug of some kind that maybe Ryan doesn’t quite get.

So which is better? All the charts and tables and trendlines? Or refusing to even pretend to take it seriously?

I don’t know. I swing back and forth, depending on my mood and the subject matter. Hell, I’m not even sure why I’m writing about this. I guess I just needed to get it off my chest or something. Regularly scheduled programming will now resume.