The hits just keep coming from the Tennessee legislature. This time it’s the sudden realization that if you provide state money to religious schools, you can’t just limit it to Christian schools:

In Tennessee, [] a plan to transfer taxpayer money to religious academies is running into trouble as GOP lawmakers slowly realize that all religions will be eligible for public funds.

….For voucher proponents, the first thought tends to be, “Never mind the separation of church and state; let’s use taxpayer money to finance religious education.” Which is 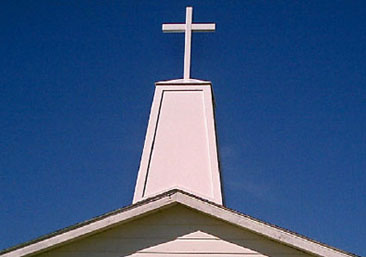 then followed by a second thought: “Wait, you mean religions I don’t like might get my money?”

Conservative intellectuals like to make the case that they support school vouchers because the free market will produce better educational outcomes, especially for inner-city kids stuck in terrible schools. And I suppose that maybe conservative intellectuals really do support vouchers for that reason. The problem is that those of us who are over the age of 40 and have three-digit IQs remember where this all started: with segregated Christian schools in the South who were denied tax-exempt status in the 70s. This was one of the formative protest issues for the Christian right, and led directly to their campaigns for state and federally funded vouchers for parents who sent their kids to Christian academies.

Have times changed? Sure. There are now more respectable reasons to support school choice. But as Tennessee and other states have shown, the explicitly Christian roots of this movement are still plainly visible to anyone who doesn’t deliberately avert their gaze. Outside of the think tanks, the primary motivation for vouchers isn’t to help inner-city kids or improve America’s STEM pipeline, it’s to funnel money into Christian schools.

Demands to denounce your allies are tiresome. I get that. But if voucher proponents want to be taken seriously on their own terms, they need to be far more active about publicly denouncing the kind of shenanigans that are going on in Tennessee and other states. Intellectuals on the right insist that promoting conservative Christianity isn’t the real reason for supporting school vouchers. If that’s the case, they need to walk the walk, not just talk the talk.