The Associated Press has announced that it will no longer use the phrase “illegal immigrant” in its stories. Here’s the new entry in the AP Stylebook:

Except in direct quotes essential to the story, use illegal only to refer to an action, not a person: illegal immigration, but not illegal immigrant. Acceptable variations 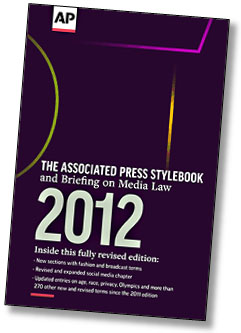 include living in or entering a country illegally or without legal permission.

Except in direct quotations, do not use the terms illegal alien, an illegal, illegals or undocumented.

AP’s announcement explains that they’ve been “ridding the Stylebook of labels,” and that “this discussion about labeling people, instead of behavior, led us back to ‘illegal immigrant’ again. We concluded that to be consistent, we needed to change our guidance.”

I’ve used “illegal immigrant” before, and I’ve always had a hard time buying the argument that it’s an inherently insulting term. But times change, and I generally adhere to AP style since that’s what I learned many decades ago. Cranky stubbornness aside, I certainly don’t have any reason to make an exception here, so I won’t. Illegal immigrant is now out.

But I do still have a problem. AP apparently now feels that there’s no acceptable way to refer to people who are in the country illegally. Neither “undocumented immigrant” nor “unauthorized immigrant,” is acceptable, and neither is anything else. Labels are flatly not allowed, despite the fact that we label people all the time. Kevin Drum is a blogger. Barack Obama is a politician. Etc.

This leaves us with constructions like “John Doe is a person who immigrated to the United States illegally.” Or: “A bill pending in Congress would bar immigrants who are in the country illegally from receiving Medicaid.” Clunkiness aside, I guess we can all get used to that, but I’m not sure how it especially serves the cause of accuracy.

Jose Antonio Vargas, who has been at the forefront of this battle, apparently thinks that “undocumented immigrant” is fine. Other campaigners against “illegal immigrant” seem to agree. I’ve never been too keen on that formulation, but I can live with it. Unless I get further guidance from the MoJo copy desk, that will probably be my usual descriptive phrase in the future.