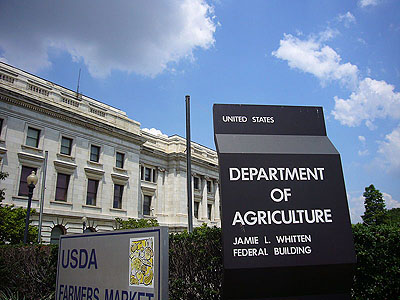 Agriculture Department loans in the 80s and 90s. The original compensation program, usually called Pigford after the class-action lawsuit that got it going, eventually led to a second settlement, Pigford II, that covered a broader class, including women, Hispanics, and Native Americans:

Some 66,000 claims poured in after the 1999 deadline. Noting that the government had given “extensive” notice, Judge Friedman ruled the door closed to late filers. “That is simply how class actions work,” he wrote.

But it was not how politics worked. The next nine years brought a concerted effort to allow the late filers to seek awards….Legislators from both parties, including Mr. Obama as a senator in 2007, sponsored bills to grant the late filers relief.

….Congress finally inserted a provision in the 2008 farm bill allowing late filers to bring new lawsuits, with their claims to be decided by the same standard of evidence as before. The bill also declared a sense of Congress that minority farmers’ bias claims and lawsuits should be quickly and justly resolved.

Congress overrode a veto by Mr. Bush, who objected to other provisions in the bill. But as Mr. Bush left Washington, Congress had appropriated only $100 million for compensation, hardly enough to pay for processing claims.

Within months of taking office, President Obama promised to seek an additional $1.15 billion. In November 2010, Congress approved the funds. To protect against fraud, legislators ordered the Government Accountability Office and the Agriculture Department’s inspector general to audit the payment process.

The problem here is one that’s common in discrimination cases: even after you’ve agreed that illegal discrimination happened in general, how do you decide which individuals were discriminated against? Proving individual discrimination is incredibly hard, because in most individual cases there are plenty of plausible reasons for the discriminatory action. This was doubly hard in the Pigford cases because the Agriculture Department simply didn’t keep records of lots of the loan applications in questions, and there were never any applications in the first place for people who were flatly turned down before they could even apply.

Given that, you have two choices. You can either set a high bar for evidence of discrimination, knowing that it will unfairly deny compensation to lots of people who were treated wrongly. Or you can set a low bar, knowing that this will unfairly give money to lots of people who don’t deserve it. Roughly speaking, it sounds like the government chose the second course, and lots of money has been paid out to people who never farmed, never applied to farm, and never had any intention of farming. But it was raining money, so they put out their hats.

It’s hard to know what to think of this. Obviously it’s hard to understand why the Agriculture Department didn’t adopt a stricter standard, one that wouldn’t have paid out thousands of fraudulent claims to people who didn’t deserve it. At the same time, it’s hard not to think of the flip side: all the valid discrimination cases that have been brought over the years, but tossed out because the evidentiary bar was too high and it was impossible to prove that discrimination actually took place. Those kinds of cases don’t get a lot of headlines, but they’re every bit as bad.

So I don’t know. You’d think there would be some kind of reasonable middle ground, but we sure do seem to have a hard time finding it. And while there’s obviously plenty to criticize about how Pigford II has been handled, I have to say that I’m sure not looking forward to the inevitable ugliness this is going to generate.