A few years ago I wrote a blog post complaining about the increasingly widespread use of the word “smart” within the blogosphere. Every article that someone admired was praised 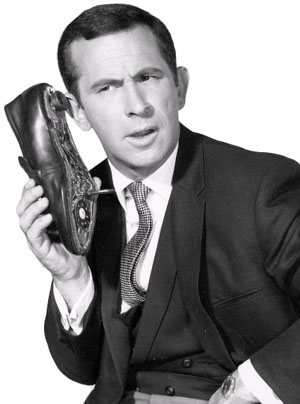 as a “smart piece” or “smart pushback.” People were all “smart critics.” It was becoming one of those words that gets overused because it sounds sort of insidery and, um, smart without really saying much of anything.

Anyway, I think I wrote that post. I can’t find it, though, so maybe I only imagined writing it. Today, though, Ben Yagoda writes it again, and even provides us with a bit of history of the word. Smart!

Some mid-19th-century OED citations, with their quotation marks, allow you to see the beginnings of the (seemingly then Texan, now all-over American) sense of “intelligent”…. Still, this sense took a while to become the dominant American one. I sampled the Times’ use of smart in 1913, 100 years ago, and 90 percent or more of the time it meant stylish rather than intelligent.

….By 1965, the percentage was roughly reversed. I chose that year because it was then, according to Google Ngram data, that smart started a gradual ascent in the United States. It really took off beginning in the late ’80s, and surpassed intelligent in 2000.

I didn’t know that! In any case, Yagoda is nominating smart to be word of the year. My preference would be to stuff it in a barrel and not let it out until everyone has gotten it out of their systems. There are too many smart people in the world for it to mean much as a personal description, and when it comes to pieces of writing—well, just tell me what you liked about it. Don’t just lazily tell me it was smart.

In my high school German class, whenever our teacher asked us what we thought of something, we’d reply that it was sehr interessant. This basically became a class joke. We didn’t actually know enough German vocabulary to describe much of anything, so whenever we were on the spot, we’d just nod our heads, intone sehr interessant and then laugh. But at least we laughed! I think smart deserves about the same treatment these days.