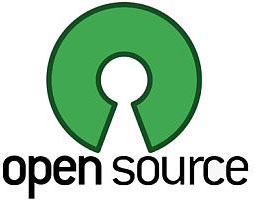 Yesterday, in a post about the IRS targeting progressive groups for extra scrutiny, I mentioned in passing that they were also targeting open source software groups. What’s up with that? A reader emails with the answer:

I noticed your curiosity about open source software organizations being called out for extra IRS scrutiny in the recently released documents. This is a story that’s been developing for a few years. In short, the IRS is concerned that some of these organizations exist simply to market companies’ software, and perhaps the associated services sold alongside them. The IRS suspects that such organizations would be a better fit for 501(c)6 classification, if anything.

I worked in the field for several years, and while it’d be pretty easy to convince me that some of these organizations deserve closer scrutiny, the IRS’ “screening” has been wildly disproportionate. Groups that are unquestionably above board have been in limbo for years, unable to start fundraising in earnest, because the IRS refuses to finally approve or reject their application for 501(c)3 status.

Fundamentally, it’s the same story that the Tea Party organizations have faced: the IRS has a reasonable question about the legitimacy of some of these groups, but they lack the resources to actually resolve those questions, so instead they just cast a massive net and catch everyone. The fact that this is hitting something as nonpartisan as software organizations should really drive home the point that this is all driven by structural problems at the IRS, rather than political scare tactics.

So there you go. I just thought some of the open source geeks in the crowd might be interested in this.

UPDATE: Another reader emails in with a bit of history:

A bunch of the case law on various 501(c)s specifically has to do with the old computer user groups of the 70s and 80s. You know, everyone who has an IBM mainframe in Missouri form an association to share ideas and promote tools and software to other people who have an IBM mainframe in Missouri, etc. Does such a group exist specifically to promote IBM and its products? Is it a trade association? Is it a general social organization? etc. I don’t know how much institutional memory exists at the IRS, but it would not surprise me if this were a consideration in why these groups are getting (mostly unwarranted) extra scrutiny.

Fascinating! Who knew I had so many readers with expertise in this esoteric field?