The Writers Guild of America has announced the 101 best written TV shows of all time, and I would like to draw your attention to a small excerpt from the list: 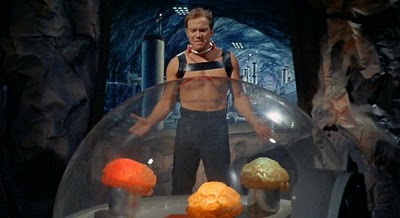 79. Star Trek: The Next Generation

This officially gives the lie to Matt Yglesias’ absurd contention a couple of weeks ago that TNG was the better-written series. Think about it this way. TNG‘s most famous line is “Make it so,” an expression of pure mush. Star Trek‘s most famous line is “Beam me up, Scotty,” a phrase that no one on the show ever actually said. How many shows are so well written that they become famous for a line that was never even used? Not many.

And don’t forget Star Trek‘s other great lines! “Fascinating.” “I’m a doctor, not a bricklayer.” “A hundred quatloos on the newcomers.” “Live long and prosper.” Top that, TNG.