Many of us already view the financial industry as little more than a gigantic shakedown of the American public. But even so, there are still days when we can be dumbfounded by the sheer scale and gall of their machinations. Today is one of those days.

The New York Times reports that Goldman Sachs, apparently unhappy with the profits to be made solely in the financial markets, decided a few years ago to buy an aluminum storage business called Metro International. Their business strategy is to shuttle that aluminum around from one warehouse 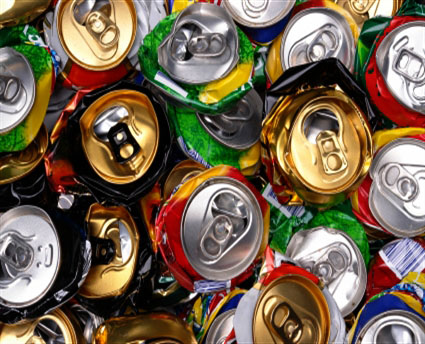 to another, something that’s earned Goldman $5 billion over the past three years. If you don’t understand how this is possible, well, it means you’re just not very smart:

Before Goldman bought Metro International three years ago, warehouse customers used to wait an average of six weeks for their purchases to be located, retrieved by forklift and delivered to factories. But now that Goldman owns the company, the wait has grown more than 20-fold — to more than 16 months, according to industry records.

Longer waits might be written off as an aggravation, but they also make aluminum more expensive nearly everywhere in the country because of the arcane formula used to determine the cost of the metal on the spot market. The delays are so acute that Coca-Cola and many other manufacturers avoid buying aluminum stored here. Nonetheless, they still pay the higher price.

….Interviews with several current and former Metro employees, as well as someone with direct knowledge of the company’s business plan, suggest the longer waiting times are part of the company’s strategy and help Goldman increase its profits from the warehouses….Because Metro International charges rent each day for the stored metal, the long queues caused by shifting aluminum among its facilities means larger profits for Goldman. And because storage cost is a major component of the “premium” added to the price of all aluminum sold on the spot market, the delays mean higher prices for nearly everyone, even though most of the metal never passes through one of Goldman’s warehouses.

Aluminum industry analysts say that the lengthy delays at Metro International since Goldman took over are a major reason the premium on all aluminum sold in the spot market has doubled since 2010. The result is an additional cost of about $2 for the 35 pounds of aluminum used to manufacture 1,000 beverage cans, investment analysts say, and about $12 for the 200 pounds of aluminum in the average American-made car.

Did you follow that? Some genius at Goldman apparently had a brainstorm after reading the detailed rules that determine the spot price of aluminum. They figured that if storage times could be artificially lengthened, prices would go up and Goldman could make a killing. So they bought an aluminum storage business with the explicit goal of making customers wait a longer time for their aluminum. And they made a killing.

The Times hastens to add that Goldman has done nothing illegal. Of course not. Why bother when “special exemptions” granted by the Federal Reserve and “relaxed regulations” approved by Congress allow you to make billions legally? But perhaps considering the industry’s track record, the Fed is thinking of reversing its rule that allows investment banks to buy nonfinancial commodities businesses? Don’t be silly:

All of this could come to an end if the Federal Reserve Board declines to extend the exemptions that allowed Goldman and Morgan Stanley to make major investments in nonfinancial businesses — although there are indications in Washington that the Fed will let the arrangement stand. Wall Street banks, meanwhile, have focused their attention on another commodity. After a sustained lobbying effort, the Securities and Exchange Commission late last year approved a plan that will allow JPMorgan Chase, Goldman and BlackRock to buy up to 80 percent of the copper available on the market.

I hope you don’t have any copper tubing or wiring in your house. If you do, you’re going to get badly screwed the next time you have to replace it. But don’t worry. It’s all for a good cause.