Having gotten rich at the expense of labor, the guilt sets in and I begin to feel sorry for the less well-off, writing very public Investment Outlooks that “dis” the success that provided me the soapbox in the first place. If your immediate reaction is to nod up and down, then give yourself some points in this intellectual tête-à-tête. Still, I would ask the Scrooge McDucks of the world who so vehemently criticize what they consider to 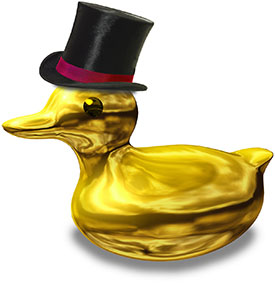 be counterproductive, even crippling taxation of the wealthy in the midst of historically high corporate profits and personal income, to consider this: Instead of approaching the tax reform argument from the standpoint of what an enormous percentage of the overall income taxes the top 1% pay, consider how much of the national income you’ve been privileged to make.

In the United States, the share of total pre-tax income accruing to the top 1% has more than doubled from 10% in the 1970s to 20% today….Congratulations. Smoke that cigar, enjoy that Chateau Lafite 1989. But (mostly you guys) acknowledge your good fortune at having been born in the ‘40s, ‘50s or ‘60s, entering the male-dominated workforce 25 years later, and having had the privilege of riding a credit wave and a credit boom for the past three decades. You did not, as President Obama averred, “build that,” you did not create that wave. You rode it.

And now it’s time to kick out and share some of your good fortune by paying higher taxes or reforming them to favor economic growth and labor, as opposed to corporate profits and individual gazillions….If you’re in the privileged 1%, you should be paddling right alongside and willing to support higher taxes on carried interest, and certainly capital gains readjusted to existing marginal income tax rates. Stanley Druckenmiller and Warren Buffett have recently advocated similar proposals. The era of taxing “capital” at lower rates than “labor” should now end.

I may not think Gross has it right on why investment returns are so low right now, but he certainly has it right about the big picture of what’s happened to capital and labor over the past few decades. His fellow zillionaires ought to listen.