Last week Israel announced it would build 20,000 new settlement homes in the occupied West Bank. It kinda sorta withdrew this plan in the face of international outrage. Then Benjamin Netanyahu went on CNN to blast President Obama’s peace overtures to Iran, while a key advisor told the Financial Times that 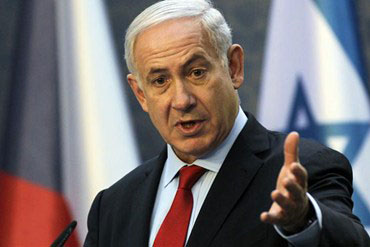 Israel was ready and willing to bomb Iran whether America liked it or not. Dan Drezner says the technical IR term for this behavior is “wigging out”:

Israeli jaw-jawing about a military strike puts it into a corner with no good exit option. Netanyahu’s definition of a bad nuclear deal seems to include… any nuclear deal. So say that one is negotiated. What can Israel do then? Netanyahu could follow through on his rhetoric and launch a unilateral strike. Maybe that would set Iran back a few years. It would also rupture any deal, accelerate Iran’s nuclear ambitions, invite unconventional retaliation from Iran and its proxies, and isolate Israel even further. If Netanyahu doesn’t follow through on his rhetoric, then every disparaging Israeli quote about Obama’s volte-face on Syria will be thrown back at the Israeli security establishment. Times a hundred.

“Right now,” Drezner says, “Israel is pretty much pissing all over the Obama administration.” Netanyahu obviously has good reason to think that Republicans will support him in this unreservedly, but he better be careful. Even Obama-hating tea party types can start to get a little antsy when a foreign leader is so obviously contemptuous of American interests and the American president.