Ezra Klein writes today that reporters should stop asking if Obamacare is “Obama’s Katrina.” After all, Katrina killed 1,833 people. The Obamacare rollout has killed zero people. So knock it off.

Now, I’m on record as not really minding these kinds of comparisons. Usually, when you see a comparison to Hitler or slavery or Katrina or something like that, it’s obviously not meant to be taken literally. It’s just that these are the historical events big enough that everyone knows about them, and that makes them handy reference points. I’m in a distinct minority on this, but aside from some of the most egregious abuses, I don’t really object to this kind of stuff.1

However, Klein raises another point that’s interesting for a different reason: nobody really needs to compare Obamacare to Katrina because there’s a much more apt comparison at hand: the rollout of Medicare Part D in 2006. It was a disaster! And it was a health care plan! What better comparison do you need? 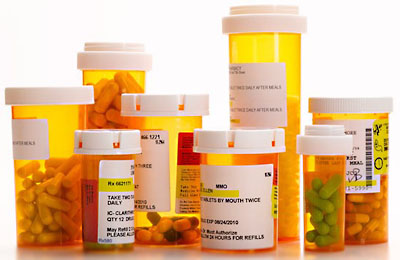 didn’t complain loudly. They did. And yet, despite all that, no one uses it. Why?

Here’s my guess: It’s because in 2006 there was no liberal equivalent of Drudge and Limbaugh and Fox News on the left. That’s changed a bit since, but MSNBC is still a shadow of the Drudge/Fox/Limbaugh axis. These guys are simply way better at milking a narrative and getting the traditional media to play along. And the Obamacare narrative is tailor-made for them. Bureaucratic failure. Broken promises. Rising costs. Their outrage is taken as entirely sincere, and for that reason it gets amplified into a feeding frenzy in the media that makes the Obamacare rollout seem not just modestly worse than the Medicare Part D rollout, but an epic disaster unparalleled in the history of social welfare.

In fairness, there’s a second reason: The Medicare Part D rollout might have been a debacle, but it didn’t cost anyone anything. It was literally something for nothing, so nobody ended up with higher monthly bills to complain about. That’s the miracle of being a fiscally irresponsible party that funds new programs without bothering to pay for them. Democrats could have done the same thing with Obamacare and avoided a lot of its rollout problems, but they mostly decided to be responsible and pay for things honestly. As usual, it turns out that Americans don’t appreciate that much.

1This is not a license to be an idiot. If you start calling Obamacare “Obama’s Holocaust,” then you’re an idiot.