Yesterday the FDA ordered 23andMe to immediately stop selling its DNA testing service until and unless it gets agency approval. This is the end game of a very long cycle: regulatory reviews of genetic testing have been going on, in one form or another, for more than 15 years, and along the way there have been repeated bipartisan calls for more rigorous rules to ensure that consumers get accurate and judicious information. In 2010, for example, the GAO conducted an undercover investigation of four genetic testing companies and concluded that “GAO’s fictitious consumers 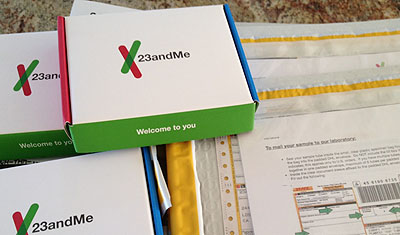 received test results that are misleading and of little or no practical use.”

Nonetheless, the FDA’s action yesterday produced a flurry of criticism, especially from the libertarian right. Alex Tabarrok is typical:

The FDA wants to judge not the analytic validity of the tests […] but the clinical validity, whether particular identified alleles are causal for conditions or disease. The latter requirement is the death-knell for the products because of the expense and time it takes to prove specific genes are causal for diseases….Here is why I think the FDA’s actions are unconstitutional. Reading an individual’s code is safe and effective. Interpreting the code and communicating opinions about it may or may not be safe—just like all communication—but it falls squarely under the First Amendment.

That’s the argument, anyway. If 23andMe is going to perform a lab test and then send you a personal letter suggesting that you, personally, are or aren’t at high risk for some disease, it’s acting an awful lot like a doctor. But for better or worse, only doctors are allowed to act like doctors, and the FDA thinks that complex and sometimes ambiguous test results should be communicated to patients by licensed MDs who know what they mean.

It turns out there’s more to this particular case, of course: the FDA’s letter makes it pretty clear that they’re fed up with 23andMe, which has apparently been almost arrogantly unresponsive to standard requests for documentation:

As part of our interactions with you, including more than 14 face-to-face and teleconference meetings, hundreds of email exchanges, and dozens of written communications, we provided you with specific feedback on study protocols and clinical and analytical validation requirements, discussed potential classifications and regulatory pathways (including reasonable submission timelines), provided statistical advice, and discussed potential risk mitigation strategies.

….However, even after these many interactions with 23andMe, we still do not have any assurance that the firm has analytically or clinically validated the PGS for its intended uses….Months after you submitted your 510(k)s and more than 5 years after you began marketing, you still had not completed some of the studies and had not even started other studies….FDA has not received any communication from 23andMe since May. Instead, we have become aware that you have initiated new marketing campaigns, including television commercials that, together with an increasing list of indications, show that you plan to expand the PGS’s uses and consumer base without obtaining marketing authorization from FDA.

Ouch. By happenstance, this brought to mind a Felix Salmon post from yesterday. It was about GoldieBlox, another high-flying Silicon Valley startup that apparently believes federal laws apply only to ordinary mortals—not to rebelliously innovative and disruptive companies that are going to change the very way we interact with the world. Salmon describes the “Silicon Valley way” like this: “First you make your own rules — and then, if anybody tries to slap you down, you don’t apologize, you fight.”

This sure sounds an awful lot like 23andMe. I’m actually sort of agnostic about the issue of whether personal genome services should fall into the category of highly regulated diagnostic tests. The line between information and advice is genuinely gray here. But regardless of that, this isn’t something that suddenly popped up out of nowhere. It’s been on the FDA’s radar for a long time, and 23andMe was well aware of the FDA’s requirements. They sure look an awful lot like a Silicon Valley company that figured they could stall them forever and never pay a price.