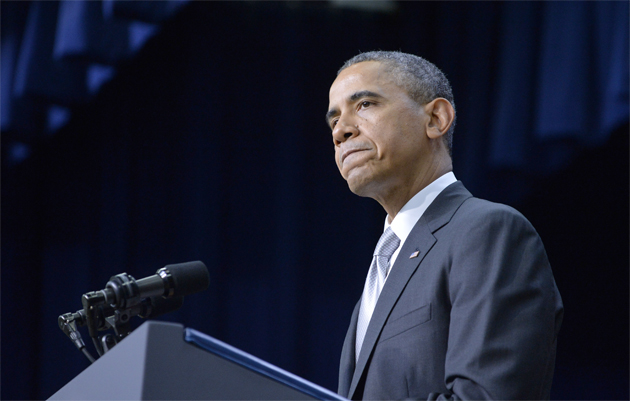 The New York Times reports today that heads are likely to roll over the Obamacare website fiasco:

For weeks, the president and his aides have said they are not interested in conducting a witch hunt in the middle of the effort to rescue the website. But in the West Wing, the desire for an explanation about how an administration that prides itself on competence bungled so badly remains an urgent mission.

“I assure you that I’ve been asking a lot of questions about that,” Mr. Obama said in a news conference last month, in comments that reverberated across the administration. The president warned, “There is going to be a lot of evaluation of how we got to this point.”

Unfortunately, there’s a problem with this: it might involve Obama having to take a good, long look in the mirror. At this point, it seems clear that development of the website wasn’t, in fact, some kind of comprehensive and unmitigated disaster. Quite the contrary. The basic design and architecture of the site seem to be fine. It’s now working fairly well, and all it took to get to this point was a couple of additional months of garden variety coding, testing, and bug fixing. If the developers had gotten that additional two or three months up front, they probably would have rolled out a pretty serviceable site on time.

And why was the development was so rushed? Lots of reasons, I’m sure, but reporting from multiple sources suggests that one of the big ones points straight back to the White House: Obama and his aides delayed issuing some of ACA’s final rules and specifications during the 2012 election season because they were afraid of Republican blowback. As a result, contractors didn’t start coding the site until early 2013, leaving only eight or nine months to complete the job. If that work had started even a few months earlier, it’s pretty clear that the site would have been at least tolerably usable by the October 1 rollout deadline.

I don’t doubt that a thorough audit will find fault in plenty of other places. Audits always do. And maybe there are people who screwed up badly enough that they deserve to be fired over it. But if politics played a role in this, some of those people might turn out to have pretty lofty job titles.